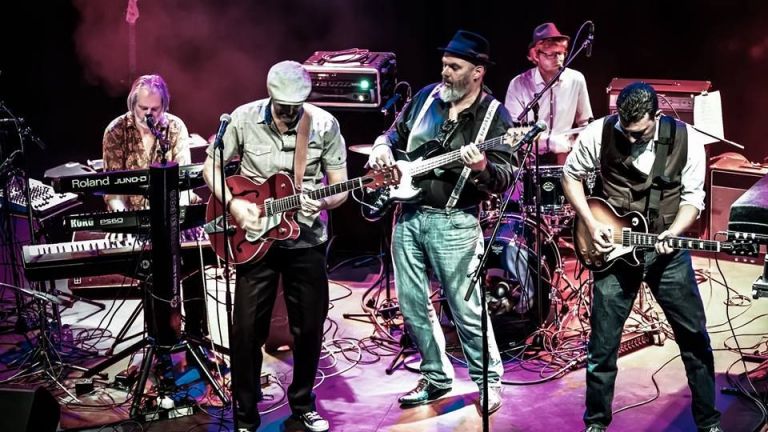 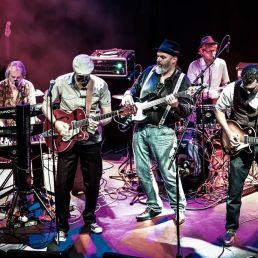 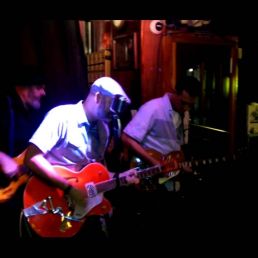 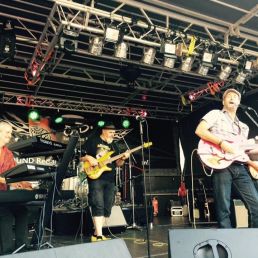 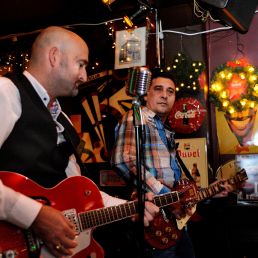 The O.D. Rock 'n Blues Band is an experienced musical five-man formation from which Rock 'n Blues drips. The repertoire consists not only of bluesrock, but also rhythm & blues and sensitive blues ballads with here and there even a touch of Latin and rockabilly. The band plays from their deep-rooted blues passion from very subdued ballads to liberating blues solos. An absolute 'must hear and see' for everyone!
Over the years band members have gained their musical influences from Joe Bonamassa, Stevie Ray Vaughan, Paladins, Billy Thompson, BB King, Julian Sas, Santana, Walter Trout and more.

The band has musicians who have more than earned their spurs on various stages and are also multi-player on other instruments. A performance of the O.D. Rock 'n Blues Band is a true musical experience, which the audience can enjoy to the fullest from beginning to end.

Peter Thieme
The guitarist Peter is a band member from the very beginning. He's at home in many kinds of music: soul, jazz, classical, rock etc. but prefers to play the blues himself. LP's of Ry Cooder, Johnny Winter, Carlos Santana, ZZ-Top (70's), Eric Clapton and Fleetwood mac used to be on the turntable a lot. Later (in the CD player ...) Robert Cray, Kenny Wayne Shepherd, Jonny Lang, Joe Bonamassa ... There are many styles and currents in the blues and Peter tries to include them in O.D.'s repertoire.

Gert Spark
Gert has been part of the blues scene for quite some time and made his entrance as a singer in the 90s. At a young age the blues already got a hold of him, after listening to B.B. King on the Belgian radio station RTBF. He has also been influenced by Elvis, Paladins, Koko Taylor, Ray Charles, Little Milton, Robert Cray, Junior Wells. West-coast, Jump-, swingblues and rhythm & blues Gert knows how to integrate well in the blues rock of the O.D. Band.

Frank Kramer
In the early days of the band Frank was asked to take care of the bass guitar. He started working on it fanatically and as a bass player he has become a close unit with the drummer who lays a solid foundation for the music of O.D. Nowadays he has also added the double bass to the instruments. He is influenced by Janis Joplin, Lou Reed, Sunny House, but also Tinsley Ellis and Joe Bonamassa.

Nick Van der Stocken
From an early age, Nick has been passionate about music and rhythm. After his first stage experience he was soon asked to play with various occasional orchestras. By now he has been the regular drummer of the band for years. His sources of inspiration are: Phil Collins, Stewart Copeland, Dominic Howard
Besides blues rock he likes to let some rhythms from funk, ska, reggea or latin conjure up from his drums.

Interested? Please feel free to send us an inquiry.

The artist is residing in RoosendaalTravel expenses are based on your event location.