DJ , House
The artist is residing in Gorinchem 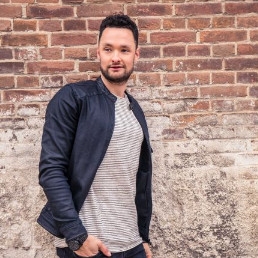 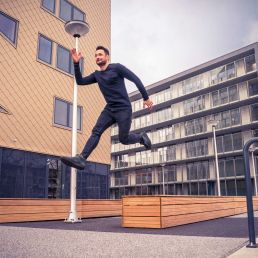 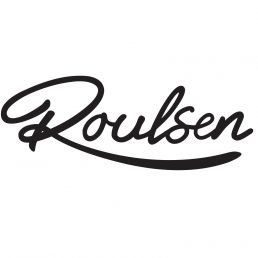 Roulsen is one of Holland's greatest talents and the former half of the successful duo Roul & Doors. Uplifting Housemusic, guaranteed for a great performance, every time!

In a relatively short time Roulsen has made quite an impression on the dance music community. Roulsen, born Roel Rats in Utrecht, has been surrounded by music from an early age. At the beginning of the student parties in the south of the Netherlands he cut his teeth, and it was also the place where he met Stijn Doors, and they started working together successfully as RoulnDoors. The duo has seen some of the greatest acts, including Tiësto, David Guetta and Hardwell, behind their original productions and remix work, leading to millions of SoundCloud, YouTube and Spotify combined plays. One of the duo's biggest hits was the fierce 'Blackout', which the guys created and released together with Franky Rizardo on Fedde Le Grand's and Funkerman's Flamingo Recordings.

In January 2016, after seven fruitful years of DJing and producing, RoulnDoors decided amicably to call it a day and go their own way. This was a new opportunity for Roulsen and a fresh start for its musical vision and creativity. With a love for bringing people together through his music, the producer 2016 with renewed energy and his brand new radio show, Follow The Sound, goes into

Follow The Sound will be the place where Roulsen hears the latest pieces, next to some of the best house music from all over the world. Speaking of which, his first release of 2016 is a fitting, cheerful remix of 'Feel Your Love' by Dannic & Sick Individuals on Hardwell's own Revealed Recordings. On his heels is Roulsen's brand new single 'Time To Get Down', and the title of the track sums it up perfectly. This new stomper takes the producer back to the familiar surroundings of Fedde Le Grand's highly respected Flamingo Recordings

Make sure you keep a close eye on Roulsen in the near future.

Late on: Price & time are indicative! Are you interested or would you like to receive more information about the possibilities and prices, make a booking and discuss your wishes!

Hire or book Roulsen is best done here via Showbird.
This act is suitable for event types:
Wedding Birthday Student party Sports event Business party Fair / Congres Opening Horeca line-up Festival Shopping / Market Holiday / Local feast
You have 1-on-1 contact with the artist
or his/her personal manager.
Do you have a question about this act?
Pose it in your request for the artist.

The artist is residing in Gorinchem