Singer (male) , Country
(11 reviews)
The artist is residing in Leeuwarden 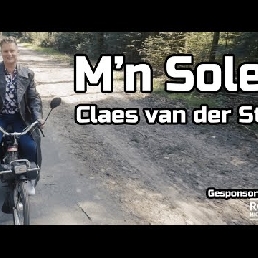 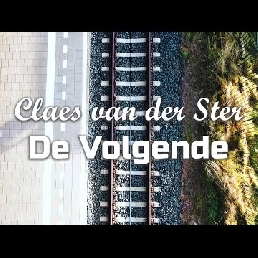 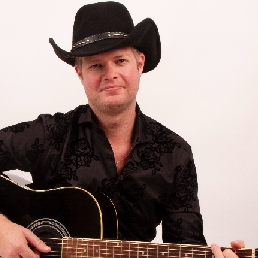 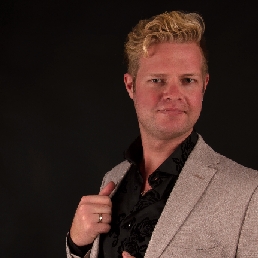 There may be a stage, but I also like to

Singer of the Dutch and American life song.

With a love for country, I sing a wide repertoire and give it my own twist. Just a little bit different, refreshing!

Claes van der Ster was born on May 30, 1990,
started at age 11 with line dancing where he came in contact with country music

At the age of 13, on September 12, 2003 during the news the news came out that country singer Johnny Cash had died. Curious to find out who this singer was, Claes went in search of this unknown singer. From the first moment he heard the music of Johnny Cash he knew for sure that he wanted to become a country singer! The purity and the narrative way of this music set him on this path which he still follows today.

His family thought it was important that he finish school first, because a good basis is important and he needed something to fall back on. He did not let this deter him and as a young boy he was soon known as the singing letter carrier. With his mp3 player he delivered the mail while singing along to the music of his idols Johnny Cash, Neil Diamond and Shania Twain!
Claes also came into contact with several country singers, which made his first performance a fact at the age of 17 during the Truckfestival Medemblik

From his 22nd and with a diploma "Personal attendant, social care" in his pocket it was time to make dreams come true and he took singing lessons and achieved results, Claes was nominated for The Most Promising Act in 2016 at the DCMA (Dutch Country Music Assiciation).

Around 2016, Claes started as lead singer with the accompanying band Mountain Eagle. Because the band wanted to record a CD, Claes got in touch with John and Nienke of Neo Music

Neo Music invited Claes to join the Falling Snow Project, a project whose proceeds were donated to the food bank and for which he has now had the opportunity to sing 3 songs. (Christmas in Dixie - 2016, Dear Santa - 2017 and Christmas Prayers - 2019)

Because of this fine collaboration Claes knew for sure; Time for an own written song "Daddy" recorded at, according to him, "The Dutch Nashville studio of Neo Music in Bovensmilde
With this, his partly autobiographical single came out in 2017. Claes also wrote his own line dance "Let me remind you" on this.

Claes left the accompanying band Mountain Eagle in 2017, as he wanted to focus more on his solo career. However, once you've performed with a band it still tastes like more and because of this he has expanded his career outside of his solo performances with a new band started under the name "Memory Train, which includes a number of band members from the previous band. The name of the band meets how Claes finds himself in the music; Music takes you on a journey to old and new memories, because music is emotion, and for every event in life there is a song to dwell on that feeling that fits it.

Fun fact; at the first performance with Memory Train during the Thijs Spit Memorial Days, Claes was asked by his husband to marry him on stage at the start of the first song

In 2017 Claes came into contact with several Dutch-speaking artists who convinced him to also sing in Dutch, which was received so well, that Claes is now known as an Allround singer.

In 2020 Claes wanted to get back to work on new songs and went to the Neo Music studio.
Creativity knows no time and in 2021 not one, but 2 singles were born: "De Volgende" and "The Next One".

Check out the music video for "The Next One" on YouTube.

Claes van der Ster
The Next One

For our 25th anniversary (Silver Eagles Country Dancers Original), we asked Claes for the musical part. Man man what a great singer. Dancing on the floor and singing at the same time, go figure. It was a very successful evening, with a full dance floor all the time. I recommend everyone to book Claes for a dance evening. You won't regret it at all. (via Facebook)

The residents have enjoyed this great artist immensely!

Performance of Claes was very good and especially fun. He really did a nice job. The communication beforehand went very smoothly. It was nice that we could switch between us about which songs he would sing. He also thought very much along with us and the concept

The moment Claes enters the room people begin to suspect what is about to happen. After all the talking about what we want and what is important in this, the line dance workshop under the guidance of Claes literally creates the joint movement. First we stumble together with a lot of fun and support, thinking it's never going to work, but then there is this joint dance. Beforehand the reaction is 'no, you don't mean that', afterwards the reaction is 'that was really great fun'.

Claes, sang this year for the 2nd time at my place. Every time it is a party when he comes to sing. Claes is at home in many markets. And you can discuss well with him. A topper!!!! (via Facebook)

No party without Claes!

Last Saturday Claes sang at my 75th birthday party, what a great singer, and what a great atmosphere Claes has put down, anyone who wants to book Claes, I recommend wholeheartedly, my motto is there is no party without Claes, thanks Claes you've entertained me and my family and friends great. (via Facebook)

I've known Claes for years and in those years he has become an artist of international stature. A great singer and person who always dedicates himself with his great voice. And also a fantastic person, who is always ready to help. Claes thanks for your commitment and presence during the CMBB festival in Nieuwe Pekela and see you next year. (via Facebook)

I've known Claes for about 7 years.... He then performed at CWF Thorn. What a great singer he has grown to be! He just deserves to be at more country events. Claes... what a great guy you have become, hopefully we will see you on more stages in the future. Good luck! (via Facebook)

The experience with Claes v/d Ster great artist both for listening and for the line dancers great. He knows like no other how to get and keep people on the dance floor. Always fun and sporty, does many dances himself. Nice to have you inside, a well liked singer. Thanks Claes for all those beautiful years and what's to come. (via Facebook)

Hire or book Claes van der Ster is best done here via Showbird.
This act is suitable for event types:
Wedding Birthday Celebration / Jubileum Funeral Business party Opening Horeca line-up Festival Shopping / Market Holiday / Local feast
You have 1-on-1 contact with the artist
or his/her personal manager.
Do you have a question about this act?
Pose it in your request for the artist.