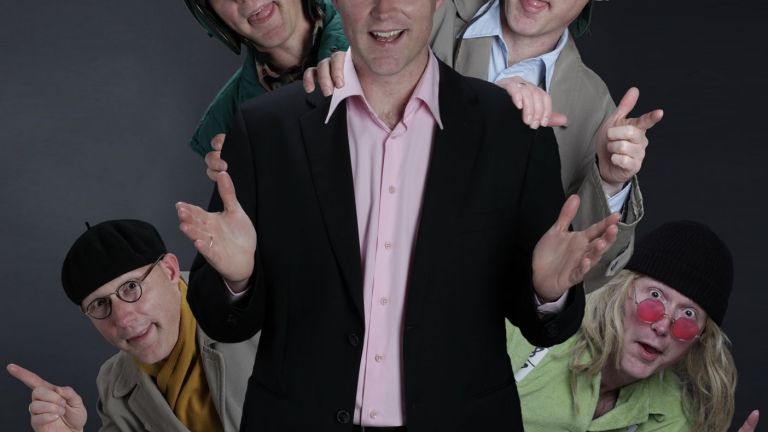 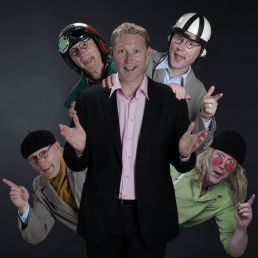 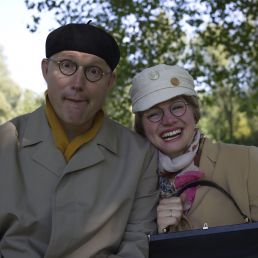 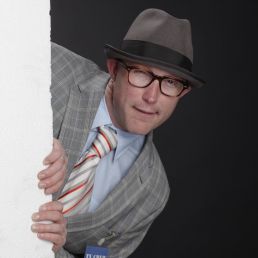 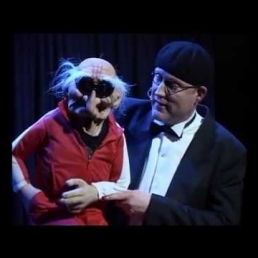 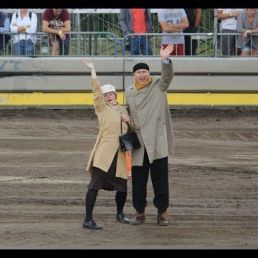 Imitating is a feeling. In order to imitate someone exactly, you have to be able to empathize with that person. Bart Juwett has succeeded in bringing a perfect imitation of Holland's greatest comedian ANDRÉ VAN DUIN.

Imitating is a feeling. In order to imitate someone exactly, you have to be able to empathize with that person. In this way BART JUWETT has succeeded in creating a perfect imitation of the greatest Dutch comedian ANDRÉ VAN DUIN

For over 30 years BART JUWETT has been imitating its biggest idol. He knows from Dune inside out. That's why, besides his good looks, Bart's imitated voice is indistinguishable from the real 'van Duin sound'.

BART JUWETT imitated the most famous types of André van Duin such as: Mister de Bok, the Pizzabezorger, the Gezagvoerder, the Consumentenman, Jan Wijdbeens(report), of course Koos Grandioos with his big hit 'Ajohee' and 'De Balletjes van de Koningin'.
In an act of half an hour with the necessary dose of André van Duin humor, songs and sketches, most of the characters pass by and cause a lot of laughter. The audience is also involved in the show. Volunteers are asked to assist in André's latest experiment...the guillotine

Bart and Maggy will bring a tribute to Mr. and Mrs. De Bok. A classical duo of Andre van Duin and Corry van Gorp.

Humour and mystery is the perfect combination to make an evening succeed
Once all guests have made their entrance BART JUWETT will entertain the rest of the evening as a 'table magician'.

BART JUWETT shows his magic in a playful way in a personal close-up show with the people at the table. Reality or illusion ?!?
Partly due to his enthusiasm and humour, your guests will have a great time by the fact that they can be involved in the magic tricks themselves

Bart can, if there's a demand, bring a funny stage act.
Two funny magic tricks in which a volunteer from the audience assists. An exciting but comical quiliotine act and a wadding trick. Everything with a joke and a grol.

As an imitator of André van Duin, Bart can also perform a 30-minute show with various sketches, songs and magic tricks, which of course will be presented in a hilarious way.

ANY COMBINATION OF THE ABOVE ACTS IS OF COURSE POSSIBLE

It was perfect! Everything was 100% right. If you don't know any better, you think it's really André van Duin!

Stage yes/no depends on the situation and type of act.

The artist is residing in ZwanenburgTravel expenses are based on your event location.

It was perfect! Everything was 100% right. If you don't know any better, you think it's really André van Duin!