Drive-in show , Party
The artist is residing in Naarden 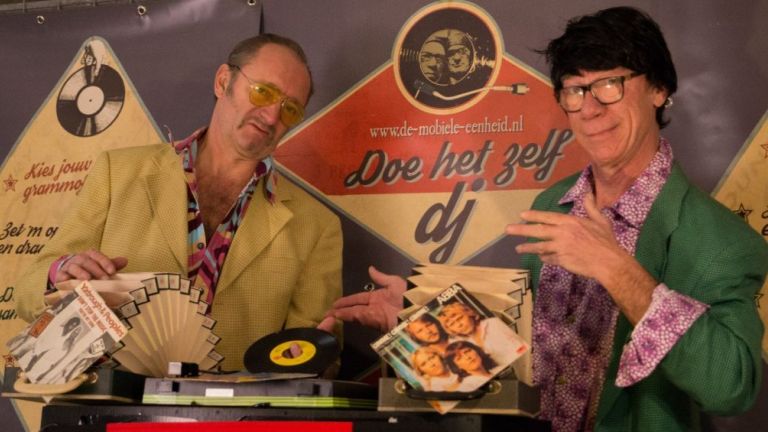 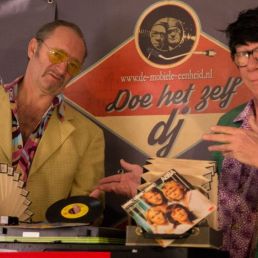 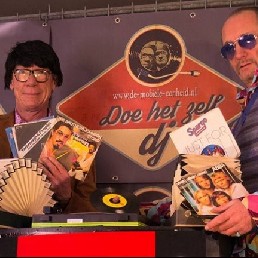 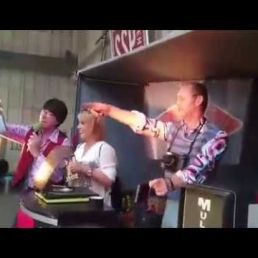 unique DJ show with an audience of the coolest street theatre duo in the Netherlands!

On the unique Spijkstaal UitklapStage, the "Do it yourself DJ" can drive the audience crazy with a single of their choice. Of course this will be encouraged and accompanied by Henk and Dennis in their worst 70's outfits. At the climax a photo will be taken from the back of the stage with the audience taking the DJ star with them afterwards. A great party and festival concept!

Hire or book Mobile Unit: SELF - DJ is best done here via Showbird.
This act is suitable for event types:
Wedding Birthday Celebration / Jubileum Student party Sports event Business party Fair / Congres Opening Horeca line-up Festival Shopping / Market Holiday / Local feast
You have 1-on-1 contact with the artist
or his/her personal manager.
Do you have a question about this act?
Pose it in your request for the artist.