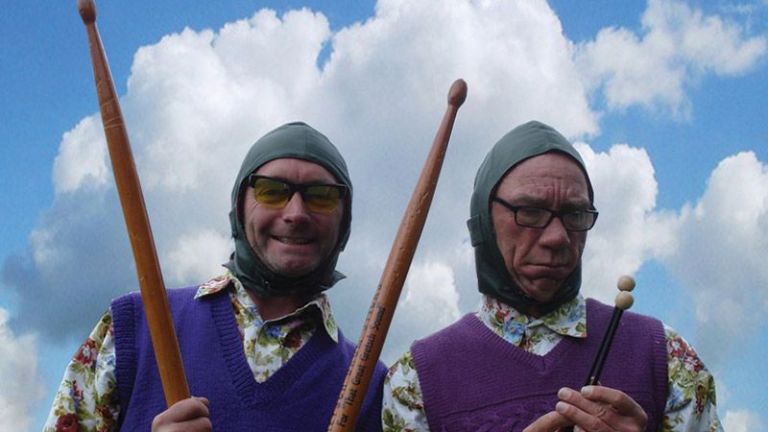 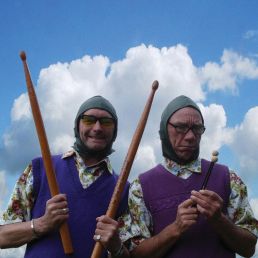 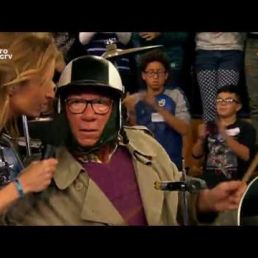 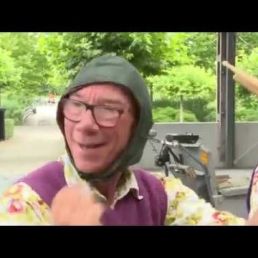 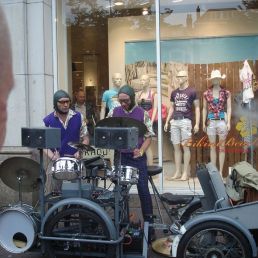 acclaimed success show of the coolest street theatre duo in the Netherlands!
The men ride around on the Van der Lely moped with Drum-Aan-Stel-Hanger. On the spot the show starts with percussion elements. Air drumming, oral drumming, "Raad de breek dan wel de beet" and a "Ros-er-maar-op-Los finale" provide the audience with hilarity and a percussive group feeling.

Riddum and Beet:
The men ride around on the Van der Lely moped with Drum-Aan-Stel-Hanger. At the playground the show starts with percussion elements. Air drumming, oral drumming, "Guess the break or the beet" and a "Ros-but-on-Los finale" provide the audience with hilarity and a percussive group feeling.

Longer performances and the price in consultation.

The artist is residing in NaardenTravel expenses are based on your event location.