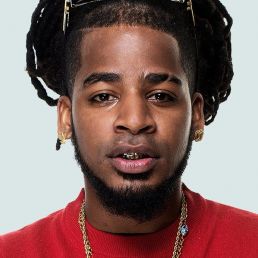 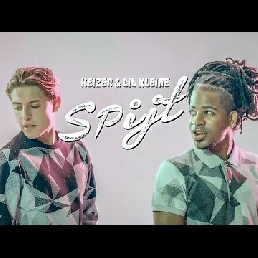 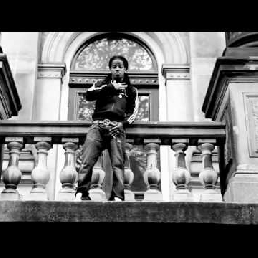 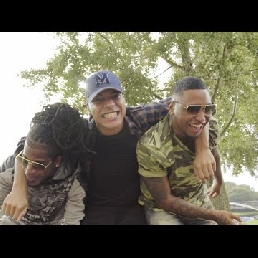 From rugged street raps to melodic club hits, Emperor is at home in all markets. The rapper is guaranteed to make a successful evening of it. With hits like Omlaag, Keizer knows how to get young and old on the dance floor! Book Keizer today via ShowBird!

The ' Punch Line King ' of the Dutch rap scene has been around for several years now. One of the few Dutch-speaking rappers who always manages to keep the spotlight on themselves. Keizer created a lot of memorable memories for his fans with hits like Keizer Koning Admiraal, Omlaag, Mama Sorry, Hoe Ze Loopt en Spijt (in cooperation with Lil Kleine)

When you book Keizer for your company party or student party, you can expect performances with a lot of energy. Over the years the rapper shared the stage with colleagues: Sjaak, Gio, Brace and Nino, but he also turns it into a big party

You can book Emperor at Showbird from € 1.556,-
(excl. VAT and BUMA costs if applicable)

Keizer made his debut in 2008 with Black Label Music under the care of rapper Nino. With featurings on songs like ' Nanga Disi ' and ' Shine as We ', the rapper from Leiden managed to draw attention to himself. In addition, his legendary 101Barz sessions together with colleague Priest also played a major role in achieving his success. In 2009 Keizer signed with the label Nindo, this was the beginning of a successful period. In 2010 he won his first State Award for best 101Barz session and in 2011 he won the TMF Award for best Dutch hiphop artist! After releasing a series of loose singles and mixtapes, his debut album called 'Karma' was released in 2014, where rappers of the new generation like Lil Kleine, CHO and Bokoesam also got a place.

In addition to making music, Keizer now also makes content on FIRST's Youtube channel with his own programmes such as: ' Home base ' and ' Better than your mother '. Keizer doesn't sit still and keeps developing, we saw him dancing with Dancing With The Stars and Jandino and singing at It Takes 2 with a.o. Trijntje Oosterhuis!

You can hire Emperor today through ShowBird! Book the multi-talented rapper via our platform. He's guaranteed to make it a successful evening!

Hire or book Keizer is best done here via Showbird.
This act is suitable for event types:
Birthday Celebration / Jubileum Student party Sports event Business party Opening Horeca line-up Festival Holiday / Local feast
You have 1-on-1 contact with the artist
or his/her personal manager.
Do you have a question about this act?
Pose it in your request for the artist.