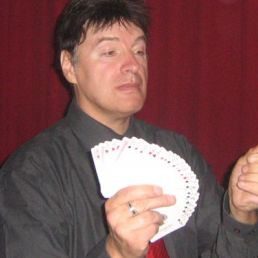 It is not uncommon that after a performance of Jos one has to be treated by a psychiatrist. Therefore, it should be noted that attending a Jos intervention is entirely at one's own risk. In no way can Jos be held responsible for psychological damage in any form whatsoever.

Together with his permanent assistant Steve, Jos brings mentalism to life in an unforgettable way.

Please note: Price & time are indicative! Are you interested or would you like to receive more information about the possibilities and prices, make a booking and discuss your wishes! (After 2 hours €75 per hour)

The artist is residing in SonTravel expenses are based on your event location.