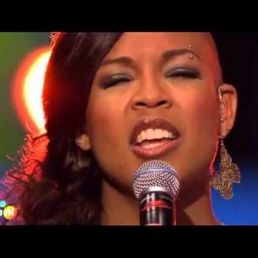 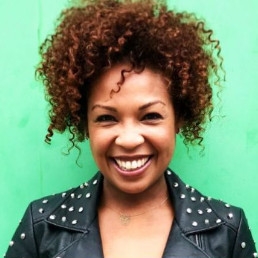 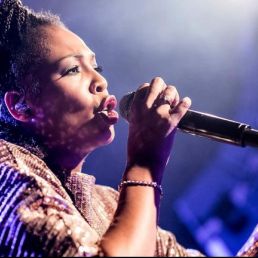 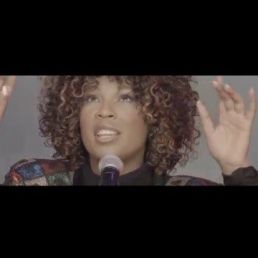 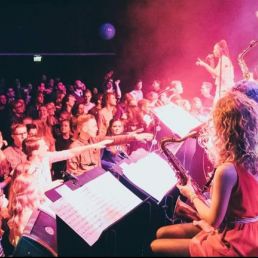 Raffaëla Paton is the winner of Idols 2006, a musical star and has several hits to her name. Do you want to book Raffaella for your event? Make an application via ShowBird !

Raffaëla is coming to sing and make it a big party. All her hits will be performed and she will also sing well-known covers of Christina Aguilera, Amy Winehouse and Aretha Franklin.

For the price of €1500.- you get a performance of 30 minutes. If you prefer a longer performance, she can also extend her set to an hour, the price then is €2000,-. It's also possible to book Raffaëla in a smaller setting, perfect for more intimate events like birthdays or ceremonies. Raffaela will then come alone with her guitarist and sing a beautiful performance full of beautiful ballads

In 2005 Raffaela participated in 'Idols'. This was the moment that the Netherlands got to know Raffaëla. During the talent show Raffaela appeared to be pregnant. This didn't stop her from giving a great performance time and time again. The audience loved her and voted her into the finals where she won from Floortje Smit. This made Raffaëla the first female winner of Idols. She sang the single 'Right Here Right Now' which stayed at number 1 for five weeks.

In 2006 Raffaëla released a cover of the song 'Mijn Houten Hart' by 'De Poema's' together with Paul de Leeuw. This single reached the top 25 of the Single Top 100

In 2008 Raffaëla was part of the girl group 'Monroe'. The group released one single, The Real Thing, and broke up again in 2010.

In 2010 Raffaëla participated in the legendary first season of 'The Voice Of Holland'. She chose Jeroen van der Boom as her coach and reached the sixth live show. This first memorable season produced many famous singers like Shary-An, Jennifer Ewbank, Lenny, Leonie Meijer and of course the eventual winner: Ben Saunders

In 2012 Raffaëla was selected for the National Song Festival. With the record 'Chocolatte' she competed against Joan Franka among others. Joan eventually won with her song 'You And Me'.

In 2013, the singer from Amsterdam was featured in the TV show 'The Best Singers of the Netherlands' where she became the winner. She won from colleagues Simone Kleinsma, Charly Luske, Rob de Nijs, Angela Groothuizen, Tim Douwsma and Bastiaan Ragas

The Year 2016 was all about her musical debut. She played the role of Aquarius/June in the musical 'Hair'

Would you like Raffaëla to perform at your party? Then make an application, she likes to perform at weddings, birthdays, corporate events and other occasions.

The artist is residing in RodenTravel expenses are based on your event location.