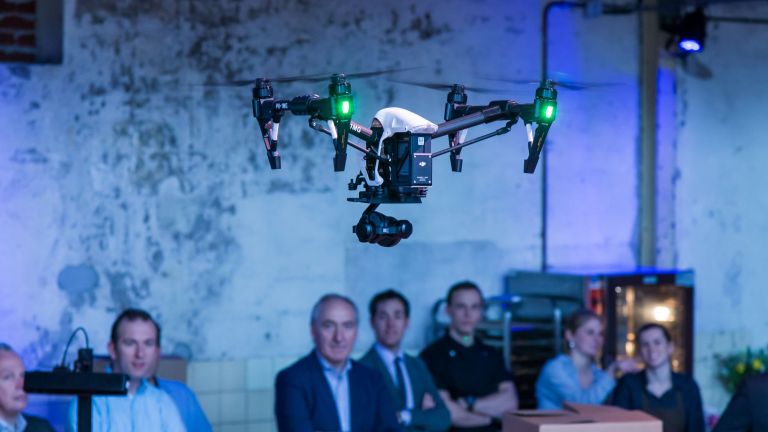 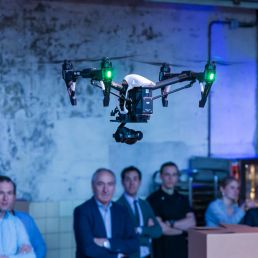 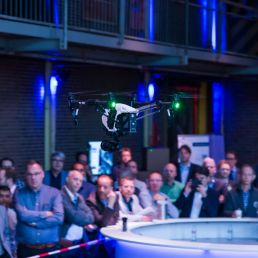 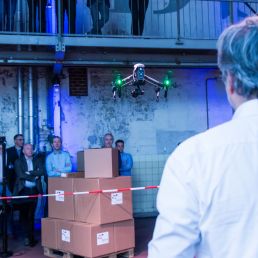 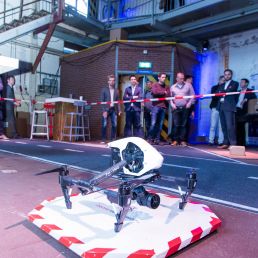 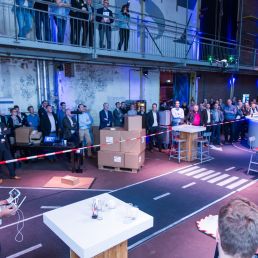 During the Drone Demo Pro our experienced drone pilots will give a real demonstration with large, professional drones. You will be involved in the choice, we have a selection of the most modern drones at our disposal. Drones that are used for numerous applications within our company.

Not only an impressive appearance, but also equipped with cameras that film the surroundings and possibly the group present from the air. The 'live' recorded images can be used in a video montage. It is also possible to take a nice group photo, both with the drone in the foreground, as well as from the drone itself, which can later be shared with everyone as a souvenir. Even the 'live' broadcasting of the drone images is possible. For this purpose projection screens or video glasses should be used.

A space suitable for drone flies