Band , Blues
The artist is residing in Oostrum (Limburg) 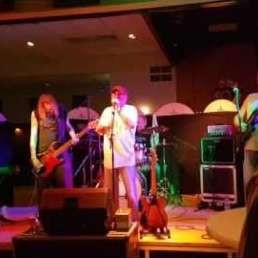 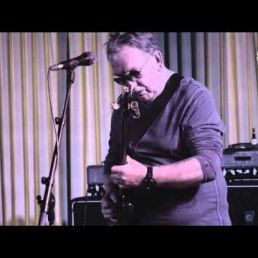 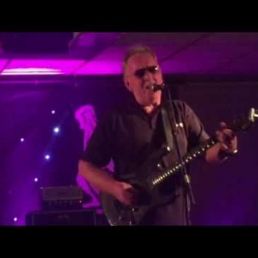 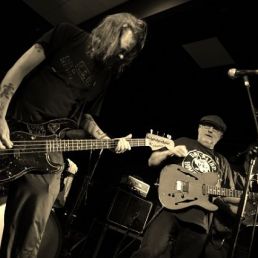 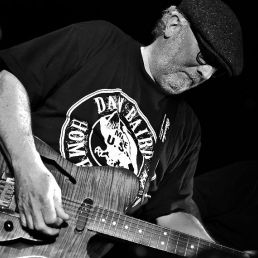 Good stage for 4 musicians. Including dr

Solid blues rock and southern roots rock, played by experienced musicians who have long earned their spurs in these- but also previous successful formations.

Available/to book: from March to June and from September to the end of November.

A performance by SBRB cures you of all ailments and sets you on fire.

Review: Tons of Mittens in Pierke, Panningen.
Saturday night I went out again, felt good (for a change ;) ) and decided to watch the Southern Blues Rock Band from... a.o. Ley Van den Beuken and Johan Philipsen. It was nice and crowded at Café Pierke (Pier Marleen Janssen), with lots of friends and acquaintances! DELIVERED! With big NOTES!
Now you're not used to me posting a review on facebook, but here I really have to make an exception and stand up for a "Local Blues Band". As people often say and write: Support your Local Music. Hence this piece.
Ley was in form, and together with a great rhythm section of drum and bass, accompanied by a very modest but good keyboardplayer, the band put down a great piece of music!
Johan sings himself out of his lungs and it's great to see how the chemistry of the band passes on to the audience in a very positive way.
Although I'm not a big fan of Blues-Rock, this band fascinates me from start to finish. That has a lot to do with the diversity of the setlist. They're not too scared to just play Blues Rock, "Brother Booze" by Harry Muskee comes along as well, with a chilling, good guitar solo. The band even goes so far as to play "Hot Legs" by Rod Steward, not exactly a song you expect from a Blues Rock formation, but they put it down very well. The audience sings and shouts the chorus along.
The same goes for the cover of Paul Rogers" "Muddy Waters Blues", in which the choirs are sung hairless.
"Stormy Monday" in the performance of The Allman Brothers Band, was for me one of the highlights of the evening, Fantastically played
In short: a visit to a local blues band in a local pub gave me a great evening: tastes like more !!!!

Hire or book The Southern BluesRock Band is best done here via Showbird.
This act is suitable for event types:
Wedding Birthday Celebration / Jubileum Student party Sports event Funeral Business party Reception Fair / Congres Opening Horeca line-up Festival Shopping / Market Holiday / Local feast
You have 1-on-1 contact with the artist
or his/her personal manager.
Do you have a question about this act?
Pose it in your request for the artist.

The artist is residing in Oostrum (Limburg)