DJ , House
(13 reviews)
The artist is residing in Utrecht 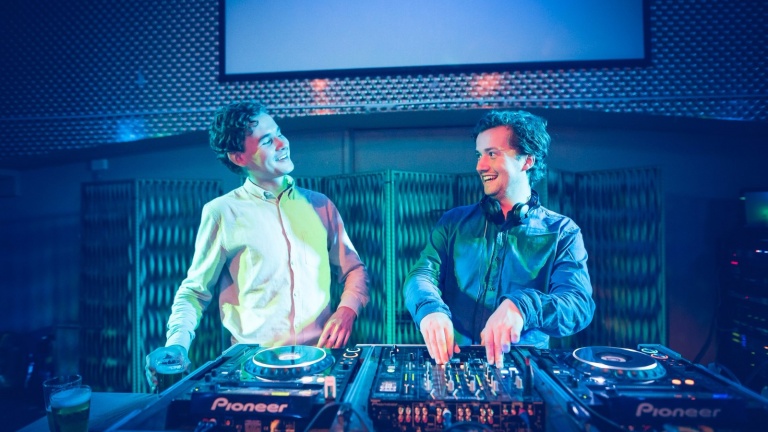 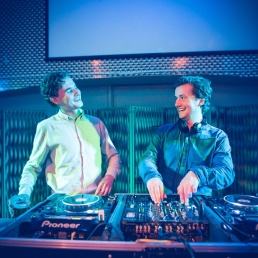 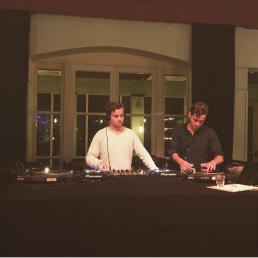 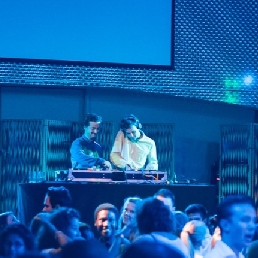 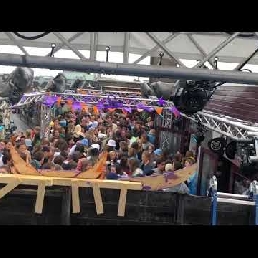 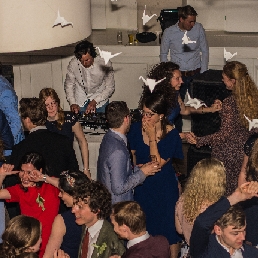 From a young age house music has been Redoks bread & butter but as they have grown they have expanded their interest to more genres. Playing Disco, soul and funk but their love for house shines on through. They always try to incorporate different genres in a gig.

They started mixing music together at the age of 16, made mixtapes and played a few parties which led to gigs in numerous clubs around Utrecht, Amsterdam, Leiden and Groningen. Examples are Basis, Poema, Woolloomooloo, Winkel van Sinkel, Pllek, Huize Maas, Wolter Wolthers, Bikini Rotterdam, Sine Regno, Ancient Party and Walhallaweek.

The given price is based on a 1,5 hour performance and is an indication. If sound equipment is needed this can be booked. Please let us know your wishes in the request.

Praise Cats
Shined On Me

Bronski Beat
Smalltown Boy - 12" Version
Do you have a question or wish regarding the repertoire? Mention it in your request.

Was an excellent performance at our company party. He played relaxing background music during dinner and nice dance music in the breaks of the band. Highly recommended!

Redoks made our wedding party into a spectacle. The dance floor was filled thanks to the great hits they played. The djs are very flexible and made it an overall relaxing experience. Highly recommended!

Thanks for the pleasant evening

The choice of music and atmosphere they created

Redoks has provided our student party with delicious music. It was a party in the garden and because of the music of Redoks it went totally crazy. Definitely a must and they are already booked with us for next year!

Redoks managed to build a top-notch party for our wedding. All the guests, Dutch and foreign, old and young, had a great evening! We couldn't have done better with these two gentlemen! All communication beforehand was relaxed and clear. We went into the evening full of confidence and they managed to find an evening of nothing but hits on which everyone - including ourselves - went crazy! Can't thank you enough for such a fat party!

Redoks gave us a super fun evening! With little input from our side, they knew exactly what the audience needed. First relaxing music during the walking dinner, after which it smoothly changed into original and recognizable dance music that made young and old enthusiastic. Redoks has a large and varied group of fans!

Robert-Jan from DJ Redoks played at our wedding. It was a great party we won't forget in a hurry! Very cool how he played in his own style, but at the same time he certainly took our request songs into account and how he collaborated with saxophonist Stan van de Wetering. He feels very good to the audience and can certainly build a party, but at the same time he's also very pleasant and quick to play. Highly recommended!

Had a fantastic evening

Robert-Jan threw a very good party. After the opening dance the dance floor wasn't empty and the party was great!

We were very happy with Robert-Jan as DJ at our wedding party. He played nice songs and the dance floor was not empty for a moment. Recommended if you want to build a party!

It was a nice party! The performance was flawless and the music was good! Great that they throw a vinyl record through it once in a while! Definitely recommended!

We had a great evening with the men from Redoks! With their summery and swinging pictures they created an atmospheric vibe at the party!

The performance of Redoks was very successful. They played during our wedding and especially the flexibility was nice. A silent disco in a garden might not be the most easy thing for a DJ. But for Redoks no problem Blending music into each other can be even tighter. But they had a good choice of music. I've seen everyone dance! Even with them, the fun exploded. They even played a bit longer than we paid for, just because it was such a good party (I think :)) Talking through the evening and contact with Redoks also went very well. They like to think along with us and executed everything we discussed on time. At the party we didn't have the time/sense to signal when something had to happen. And that was not necessary at all. Silent disco headphones were handed out, music was started well and the end number was set up on time. I didn't worry once In short, book these guys. They're crackers. (And don't forget to give them a beer once in a while ;))

Hire or book Redoks is best done here via Showbird.
This act is suitable for event types:
Wedding Birthday Celebration / Jubileum Student party Sports event Business party Horeca line-up Festival Holiday / Local feast
You have 1-on-1 contact with the artist
or his/her personal manager.
Do you have a question about this act?
Pose it in your request for the artist.