Actor , Drag
(12 reviews)
The artist is residing in Den Haag 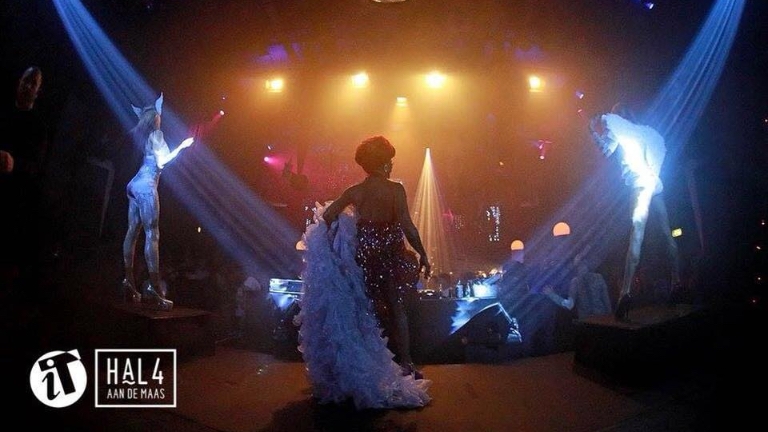 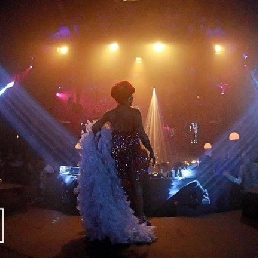 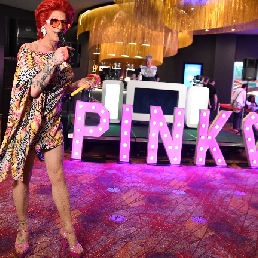 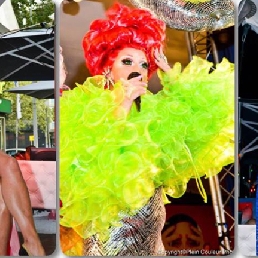 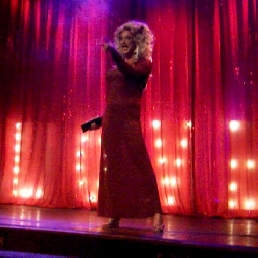 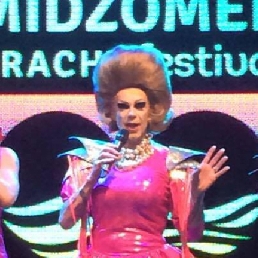 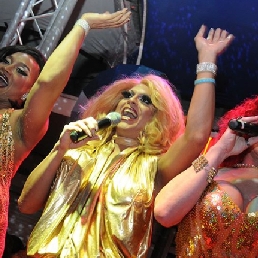 By arrangement, at least a 2x2 piece whe

Deedee's playback show is one to remember and should not be missed at any party! With lots of experience DeeDee talks the playback numbers together live, this drag/playback act is very interactive, alive and brings a great atmosphere

DeeDee is the only drag queen of the Netherlands who has been awarded twice, 'Queen of the year' in 2015 and 'Most significant drag queen' in 2018. More recently, DeeDee was featured in RTL5's drag make over program Drag S.O.S. and as a professional judge in the first season of Make up Your Mind on RTL4, both still to be seen on Videoland.

Looking for a playback act, a piece of "just a little bit different" entertainment for your event? DeeDee offers entertainment to perfection. Between the playback of cozy, festive and humorous, the songs are chatted live with jokes, witty remarks and, if desired, a piece of personal words. The latter can be agreed upon and depends on the information you provide during the booking process.

For years I perform at home and abroad, from Glemmerbeach in Lemmer, Istanbul and Miami Beach to Athens and Mallorca. In the Netherlands I had the opportunity to present many big events such as Superball (Paradiso) and main stage Amsterdam Pride. As hostess/speaker and presenting bingo's I have presented for several ministries, several municipalities in the Netherlands, Ecolab, ING, Holland Casino's, Uber, TomTom, MediaCom, LEGO, Philips and many weddings and parties

Experience a fun playback act of about 20 to 25 minutes, an interactive and comical playback show where there is the option to provide input in advance for the live spoken text with which DeeDee chats the playback songs together live. This also makes this act very personal, for example for a wedding, corporate event or anniversary. A complete show by several drag queens is of course also possible

What a show! Our thanks are great. My friend's birthday is a day never to forget. Everyone enjoyed themselves from start to finish. Delicious bingo done with lots of fun humor in it. Advantage of wireless microphone that DeeDee could go down the hall.

Despite online everyone enjoyed

It was handled and executed very professionally, of course it remains difficult for the artist to do it online, but this certainly didn't matter for our enjoyment. Everyone was very enthusiastic. The only downside was that it took a bit less time than expected. Other than that everything was super.

We discussed and agreed in advance with DeeDee what we could expect from the bingo. After DeeDee arrived the atmosphere was already good within a few minutes. DeeDee interacts with the audience and anticipates on this. We did not have a wireless microphone and I think that if we would have had one DeeDee could have moved more freely through the room and this could have caused hilarious situations. The audience was enthusiastic afterwards

Deedee provided for our wedding a fantastic playback show with fun songs and lots of humour. Our guests went crazy (grandpa too). Really a great atmosphere creator!

It was great, it was a pesioneringsfeest of a computer company, all nurds she got it together that they went the polonaise walk, very professional, lots of humor

Everyone had a good time

Everyone laughed during the Online Drag Bingo by DeeDee. The connection was not very good, but that was not DeeDee's fault. DeeDee has handled it very well and was able to improvise very well. I have admiration for that. DeeDee made sharp but funny jokes. Very well done

People from all over the world joined online for this bingo. The energy was very nice, there was no awkward silence. He did a very good job at entertaining everyone as he made some funny jokes. All in all, very good!

It was a really great day! DeeDee showed up in her beautiful outfit and made my mom's birthday complete. I have never seen my mother so happy! Her big dream finally came true and she did the nails of DeeDee. Not only is she very beautiful, but DeeDee is also very kind, sweet and has a good heart.

It was a fair hysterical bingo, thanks for coming (digitally) DeeDee!

It was a great bingo - everyone enjoyed it very much! She did it in English and it was perfect :) we still talk about it now!

Very nice! The audience was a bit stiff but DeeDee sure did like it!

Hire or book Drag Show by DeeDee is best done here via Showbird.
This act is suitable for event types:
Student party Business party Fair / Congres Opening Festival Shopping / Market Holiday / Local feast Bachelor party
You have 1-on-1 contact with the artist
or his/her personal manager.
Do you have a question about this act?
Pose it in your request for the artist.