Singer (female) , Singer-Songwriter
(1 review)
The artist is residing in Weesp 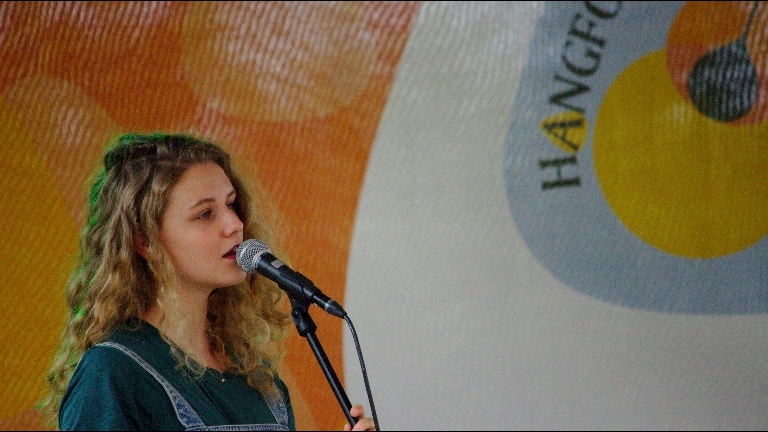 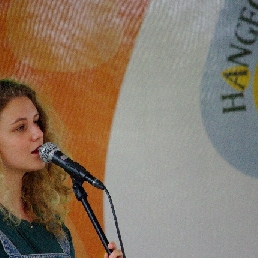 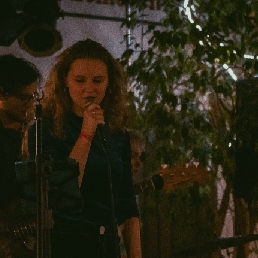 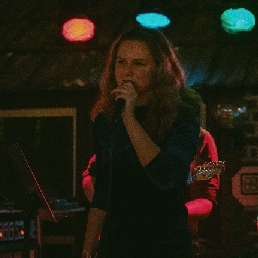 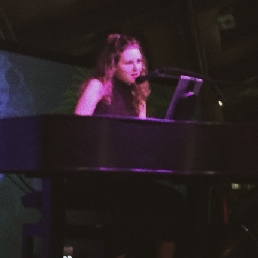 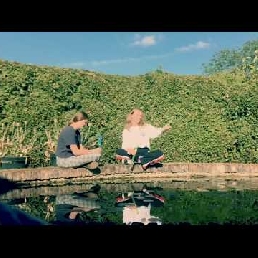 Not much: space where a piano/keyboard (

Acoustic pop, singer-songwriter music, influenced by styles such as jazz and soul. Elaine Hakkaart, 21 years old, studies at the Conservatory and is busy every day with her greatest passion: music. Both her own repertoire and beautiful covers of artists who are a great inspiration to her. She accompanies herself on the piano, but also likes to play with a guitarist or band.

From an early age, Elaine has always been involved with music, theater, and everything to do with it. At age seven she gets the role of little Eponine in Les Miserables of Stage Entertainment, and after that many roles follow in different productions (such as Mary Poppins and Joseph) of Stage Entertainment and Verlinde Entertainment. From the age of eight, she voices and sings in for series and films for Disney, Nickelodeon and Netflix, among others, and sings in commercials for Ikea and VTech, among others. In 2016/2017 she took the preliminary course at the conservatory in Rotterdam (Codarts, direction Muziektheater), and in 2018 she was accepted at the conservatory in Utrecht (main subject vocal Jazz & Pop). In 2018 she also started writing her own songs. Elaine likes to sing repertoire by - and is inspired by - musicians such as Billie Eilish, Norah Jones, Wende Snijders, Lana del Rey, Lianne La Havas, Dodie, Maaike Ouboter, Esperanza Spalding, Amy Winehouse, David Bowie and Tom Odell. In recent years Elaine has gained a lot of experience playing solo (or with a guitarist or band) at various restaurants/cafe's (such as Ron Gastrobar, Cafe Flater, Cafe the Walrus, Restaurant Minevitus), theaters (such as the Stadsschouwburg Utrecht), parties, festivals and events (such as Uitmarkt, Cultural Sunday Utrecht, Weesp Gastvrij, Daybreaker, exhibition opening, student gala). Also on weddings and other ceremonies & events Elaine and her music fits well. Styles that come along include pop, jazz, soul, r&b, and singer-songwriter music, but also on request many things are possible

Elaine accompanies herself on piano (and occasionally on guitar), but can also be booked with a guitarist, a combo (guitar and bass) or with a full band. Inquire for the possibilities and rates.

Bruno Mars
Just the Way You Are

Adele
Make You Feel My Love

Carole King
(You Make Me Feel Like) A Natural Woman
Do you have a question or wish regarding the repertoire? Mention it in your request.

Elaine made a wonderful musical contribution to the annual memorial service for my daughter. She sang covers of Adèle, Queen, de Dijk, Maan, Van Dik Hout and a song she wrote herself. It was beautiful and with so much feeling. We enjoyed it; what a talent and what a nice person. Thank you so much!!!

Hire or book Elaine Chopping Card is best done here via Showbird.
This act is suitable for event types:
Wedding Birthday Celebration / Jubileum Student party Sports event Funeral Business party Reception Horeca line-up Festival Shopping / Market Holiday / Local feast
You have 1-on-1 contact with the artist
or his/her personal manager.
Do you have a question about this act?
Pose it in your request for the artist.

The artist is residing in Weesp