Singer (female) , Dutch
The artist is residing in Gent 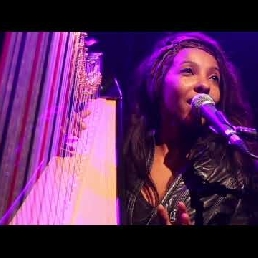 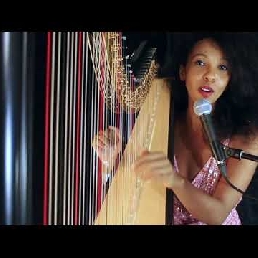 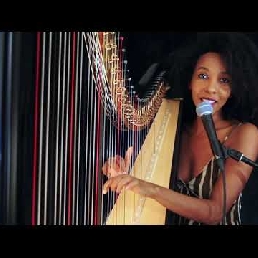 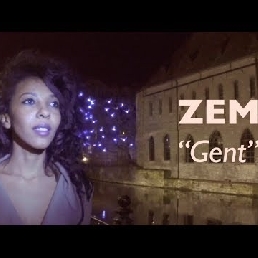 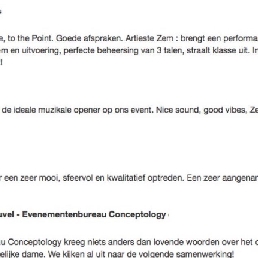 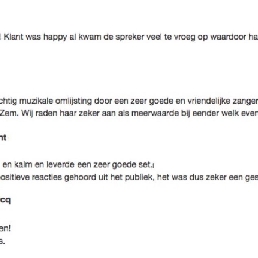 ZEM singer and harpist brings Dutch-language cabaret and French chansons. This special singer-songwriter is indispensable for your event. She won the audience award of TV5MONDE in The Hague. Book her now via Showbird!

"ZEM, pop and soul sounds with roots in Ethiopia. Sometimes subdued listening to life stories, then jazzy, then exuberant rousing rhythms with spontaneous hand clapping and dancing on the front rows from the square." (Het Nieuwsblad)

ZEM, the Ghent harpist and singer-songwriter won the prestigious TV5MONDE audience award in 2018 at the Diligentia Theater in The Hague. At the Concours de la Chanson Alliance Française she was the only finalist to perform a song written by herself. "GAND" is about how Ghent and its rebellious history inspires her

ZEM was born in Ethiopia. She never knew her father and her mother died when she was three. She ended up in an orphanage from where she was adopted by a Belgian/Dutch family. She grew up in Ghent. From the age of eight, she took a classical harp course (private student Suzanna Mildonian), with piano as her second instrument. She also obtained a master's degree in sociology (Ugent). At the age of 16, she chose hip-hop and piano as a singer-songwriter and singer, from which grew a musical taste ranging from soul over pop (including a participation in The Voice of Flanders in 2014) to intimate French chansons

In 2015, she decides to combine all those styles and set out on her own idiosyncratic artistic path, also doing everything herself under her own management. In 2017, she returned to her first, great love: the harp. From then on, everything coincides and she develops a very own musical style in which classical harp becomes hip-hop and a lovely chanson electronics. In February 2018, she gives her first performance with her harp at the Centrale. In March 2018, she wins the prestigious audience award of TV5MONDE at the "Concours de la Chanson Alliance Française" in The Hague. She was the only finalist to perform a song written by herself. "GAND" is about how Ghent and its rebellious history inspires her.

Hire or book ZEM Performing Arts & Chanson is best done here via Showbird.
This act is suitable for event types:
Wedding Birthday Celebration / Jubileum Student party Sports event Funeral Business party Reception Fair / Congres Opening Horeca line-up Festival Shopping / Market Holiday / Local feast
You have 1-on-1 contact with the artist
or his/her personal manager.
Do you have a question about this act?
Pose it in your request for the artist.