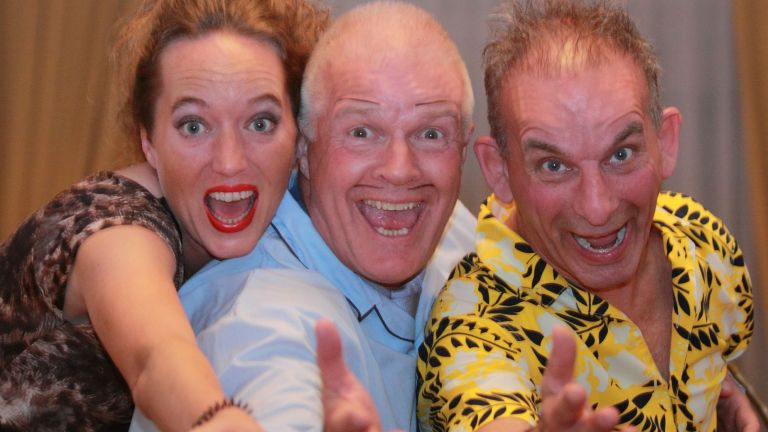 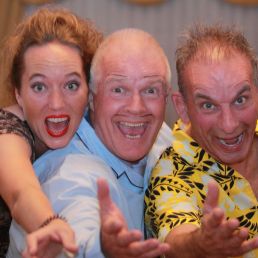 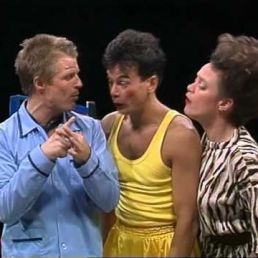 Who didn't grow up with it? Peter Jan Rens alias Mister Kaktus once again joins forces with hysterical Madame Vocabulary and the nerdy Sweet-Not A hilarious show for young and old in which all recognisable elements are present, such as the 'Prick of the Cactus', The Great Mister Kaktus song, and the 'danger'!

The Great Mister Kaktus Show was a Dutch television show for children in the period with three fixed characters and a fixed formula. The recognizability that this gave the programme was very attractive to the target group. The first season the program was broadcasted by Veronica, after that by the VARA. The show has a history in the theatre (since 1981) and on television (after a few separate performances weekly five minutes in the program Tineke from 1984). A short revival of the show took place from October 1999 until February 2000 on RTL4 as part of Telekids.

The Great Mr. Kaktus Show is back and how. Together with the hysterical Mrs. Voting Band and the nerdy Kweetniet they do a 45 minute show full of craziness. Not only for children but for young and old. All known elements come back in this show. How about 'The Prick of the Caktus', 'The Great Mister Caktus song, and the 'Danger'!

The Great Mr. Kaktus Show lasts 45 minutes and afterwards there is an opportunity for an autograph and photo!