The witch and the orange prince 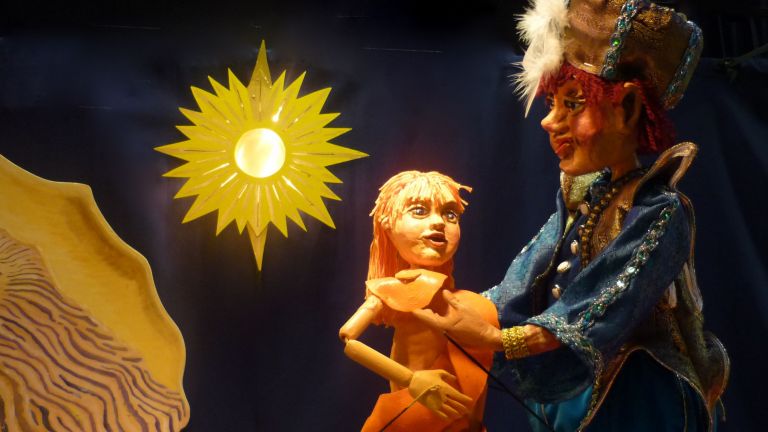 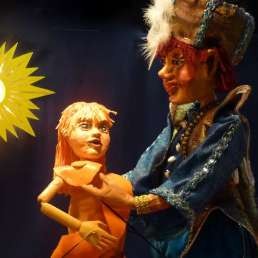 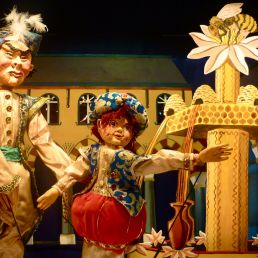 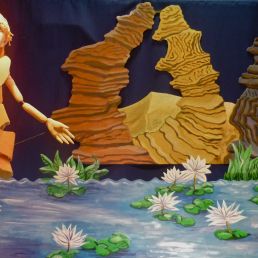 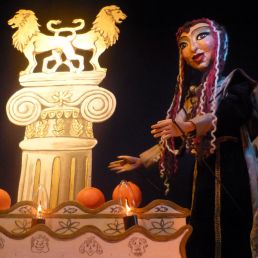 The witch and the orange prince

A CENTURY OF CLASSIC PUPPET THEATRE. "You just forget they're puppets
Millions of children and adults have enjoyed our theatre over the past century. We still make beautifully designed performances with poetic music, a lot of humour and a good story, but in a contemporary style

A childless sultan finds a little boy and spoils him with a honey fountain. The little prince turns out to be very unkind and doesn't want to give anyone of his honey, not even when he has become a young man. A giant bee makes him fall in love with the three oranges, which are held captive far away by a witch. If the prince doesn't look for them, he will become very ill, so he starts an adventurous journey. The giantess helps him find the orange garden, and when the oranges are freed it turns out there are little girls in it who wither when they don't get a drink. But the prince is in the middle of the desert, and when the last orange girl also threatens to wither, tears jump into his eyes and roll down on the orange girl, saving her

5 meters length at tables to put the dolls on and 1 socket.

Hire or book The witch and the orange prince is best done here via Showbird.