Guitarist
(4 reviews)
The artist is residing in Dordrecht 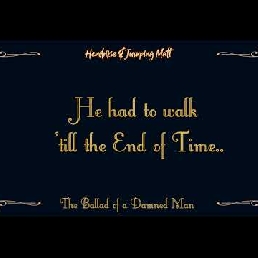 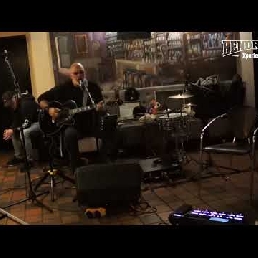 Acoustic pop, classic rock and blues covers in their own style, interspersed with a lot of their own work

Hendrikse is equivalent to Rob Hendrikse (also known as Fixxxman) in which Rob combines his artistic,
musical and graphic side.
Since 2009 Rob played almost 1000 shows in the Netherlands, Belgium, Switzerland, Germany and Spain with
various bands.
He was also the support act for Laurence Jones (UK), Morblus (IT), Jeff Jensen (US), Dilana
(NL/USA) in 2014, 2016 and 2019, Leif de Leeuw Band, Rob Orlemans & Half Past Midnight, My Brainbox
(feat. Jan Akkerman), Ruben Hoeke Band, King of the World, Letz Zep (UK) and he also played with Gordon Smith (UK), Dilana (USA/NL), Cindy Peress (USA), Ron Krop (NL), Robert Smith (NL), Bas Paardekooper (NL), Ron Baggerman (NL), Rob Orlemans (NL) and Steve Payne & Paul Hobday (UK/Wales).
With his band Hendrikse Xperience, or solo, Rob joins Steve Payne (Wales) on stage when Steve is on tour in the Netherlands.
In addition to solo performances, Rob plays in the band Hendrikse Xperience (Blues/rock).
In 2016, the first solo album, "The Road So Far," was released. A musical journey that represents the musical path Rob took between 2011 and 2016. Highlight on the album is the new version of his 2010 song 'The Long Road' which, like the original version, was recorded with Rob Orlemans on lead guitar.
Rob also recorded his song "Hand on the Throttle" with Rob Orlemans on lead guitar.
In December 2016, by request of his fans, Rob released his 2nd album, the live CD 'Live on the Road'.
Both albums received good reviews in Dutch Blues Magazine.
In 2018 Rob released 2 EPs, in May the XXXL EP 'One for the Road', with 4 new songs and 7 bonus tracks, followed by the EP 'Just me and my Guitar', an EP with 4 newly released demos and 3 covers. In February 2019 Rob released a special EP to raise money against the worldwide fight against cancer, Hendrikse & Friends, with 5 versions of his song Tears, played by Cindy Peress (USA), Steve Payne (Wales), Giles Norman (Wales) , The Revenue (NL) and his own version together with Rob Orlemans. In September 2019, Rob released the CD 'Live (10 Years on the Road 2009-2019) to celebrate his 10th anniversary as a performing live artist. In 2020, the album 'Where The Road Takes Me' was released. An album featuring only Hendrik's originals. In 2021, the EP 'Hendrikse & Jumping Matt - Blues Without Borders' was released in May, followed by the album 'A Good Day For The Blues' in July, a blues album featuring 10 original new tracks with guest appearances by Paul Hobday ( Wales), Jumping Matt Pribojzski (Hun), Rob Orlemans (Rob Orlemans & Half Past Midnight), Randy van der Elsen (Vandenberg, Tank), Piet Tromp (Rob Orlemans & Half Past Midnight), Alan Baxter (Sin City Rebels) and Francesco Daniel.

The album was nominated for the Dutch Blues CD Award 2021 and finished as the highest Dutch entry at 10th in the Bluesmagazine Blues Album Chart 2021.
In September 2022, the single "The Ballad of a Damned Man" was named 1st in the USA-based
World Songwriting Awards named 1 of the 10 best blues songs of Summer 2022.
Since April 2016, Rob has played at various festivals such as Nispen Blues (Nispen), Heyhoef
Backstage (Tilburg), Midsummer Backstage Festival (Tilburg), Big Rivers Festival in Dordrecht, Strûun
Festival Texel, Music Meets Texel, Bluesroute Asten, Bluesbreeker Festival Blerick,The Night Before
in Kwadendamme, Music Meets Texel, Roots to the Blues Dordrecht, Bergs Bluesfestival, 3 Swiss
Tours and various pop stages in the Netherlands, Spain, Germany and Belgium.

Rob gives his own sound to existing songs and writes beautiful songs himself. Great voice and pleasant personality to give party extra sparkle.

Hendrikse was invited to be present earlier to celebrate the birthday, the atmosphere was nice and Hendrikse fitted in very well with the group, there were several performances and Hendrikse started to play in the evening. The sound was great and everyone including several artists were very impressed. Hendrikse created an atmosphere which made all the artists want to continue playing until late. I can highly recommend Hendrikse for any party.

Yesterday we had a party where we asked Fixxxman to provide the music It turned out to be a great afternoon where his music matched well with what we had in mind Thank you for the beautiful tones and your beautiful voice which, combined with your warm personality, gave it an extra touch. After the party only positive reactions. We are glad we went for Fixxxman

On 04-02-2021 Fixxxman (Rob Hendrikse) came to us in Grootschermer for a home concert. It was a surprise on the occasion of the 60th birthday of an old guitarist who likes a bit of Blues. Well, the birthday boy was in for a treat. Besides popular covers Rob also played some of his own sounds and they were just as much appreciated as the golden oldies. Also during the small breaks Rob proved to be a pleasant talker and with his impressive appearance a social person. His sound took us along past times and regularly touched a sensitive chord Thank you very much for the interpretation of this birthday, Rob, it was unforgettable!

Hire or book Hendrikse is best done here via Showbird.
This act is suitable for event types:
Wedding Birthday Celebration / Jubileum Funeral Business party Reception Horeca line-up Shopping / Market Holiday / Local feast
You have 1-on-1 contact with the artist
or his/her personal manager.
Do you have a question about this act?
Pose it in your request for the artist.