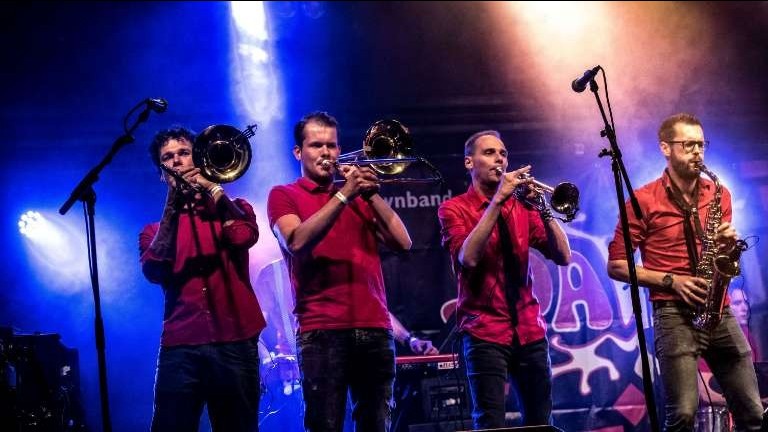 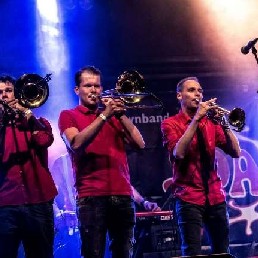 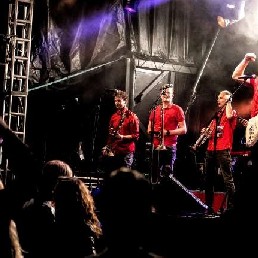 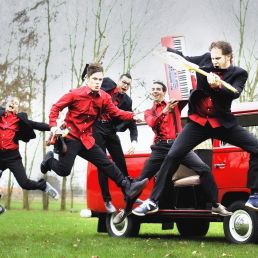 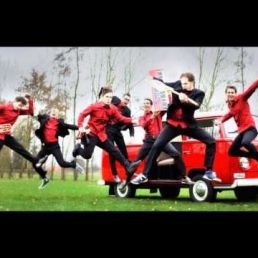 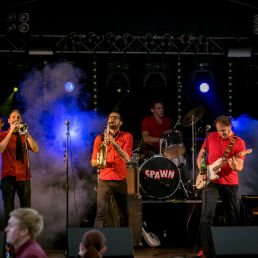 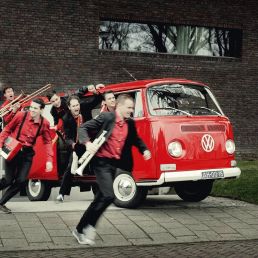 SPAWN is an energetic ska-band of the most contagious kind. Whipping rhythms, pumping horns, ripping guitars and a bold organ create a surprising mix of ska and punk rock, with influences of surf and reggae.

SPAWN is an energetic ska-band of the most contagious kind. Whipping rhythms, pumping horns, ripping guitars and a bold organ create a surprising mix of ska and punk rock, with influences of surf and reggae.

In October 2016 SPAWN released the third studio album 'Dance of the Lunatics'. The new album is bursting with energy and is positively received by the media. According to 3voor12 (2016) SPAWN has made another album full of songs that are perfect for the festivals. The new album is also being picked up outside the Netherlands. "With their third album, they've definately found the groove and locked it down. Dance of the Lunatics' is a huge, bouncing, sweaty dance machine perched on 14 legs and having the time of its life" Louder Than War (2016).

In 2017 SPAWN will tour the stages and festivals to promote the new album to the public. The album is for sale through the webshop, but can also be listened to via Spotify, iTunes and all other known online channels.

SPAWN originated in 2001 from a bunch of childhood friends in the Achterhoek village of Aalten. In the beginning the band performed as a punk trio in various youth centres. After the addition of horns within the band, ska - with influences of punk - became the basis for the musical formula. The band members got their inspiration by listening a lot to British ska from the 70's & 80's, and to skapunk bands like Reel Big Fish, Mighty Mighty Bosstones and Mad Caddies. In 2005 the double album 'Spawntaneous' was released. The album was proclaimed album of the month at the National Pop Institute. The videoclip of the song 'Spam' could be seen on music channel TMF. The band participated in the Popronde and performed all over the country. Hosdroplos' from 2008 is SPAWN's second studio album. The album once again received enthusiastic reviews in the media. Performances at the Zwarte Cross, Paaspop and Paradiso followed.

With hundreds of gigs in their legs and a brand new record in their pocket, the band is full of new energy for the 'Dance of the Lunatics' tour in 2017!

Occupation of 7 men. With fitting and measuring a lot is possible.

In consultation a lot is possible.

The artist is residing in AaltenTravel expenses are based on your event location.

Hire or book SPAWN is best done here via Showbird.