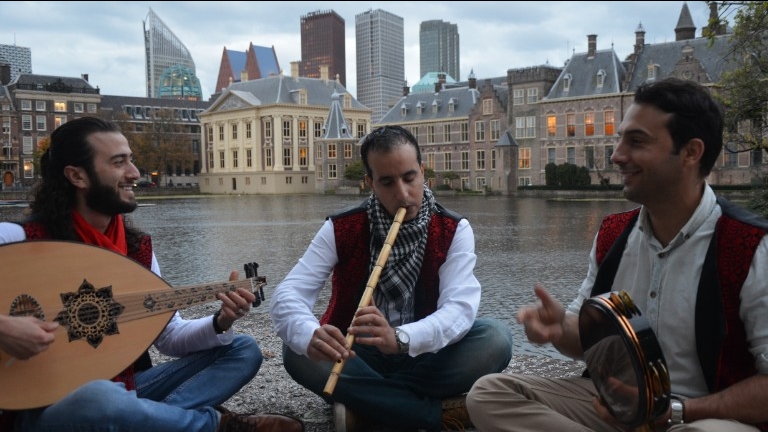 Trio NUR’s performance promises a mesmerising musical journey through the crossroads of western Asia. Our music is fed by both the traditional music of Palestine and from the sounds of the broader Middle East. Capturing the timeless musical traditions of the Levant, Trio NUR features Hamed Alshaabi on Ney (Arabic Flute), Amer Shanati on Ud (Arabic Lute) and Karim Darwish on Riq (Percussion). Together they create soundscapes which transport and elevate body, mind and soul.

Hello, my name is Amer Shanati. I am a citizen of the Netherlands, born in Syria from Palestinian roots, and I call The Hague home. My life’s work is music. I teach, perform, write, and work with music for peace. I am a private music teacher. Academic teaching for piano, violin, cello, accordion, qanun, bozok, and guitar.
I specialize in the oud, an Arabic lute.

I studied at the Music Institute in Homs, Syria, and the Royal Conservatoire in The Hague, the Netherlands, and I am the author of two books: Eastern Musical Theories and Reading the Musical Pieces. I also teach the origins of both eastern and western theories.