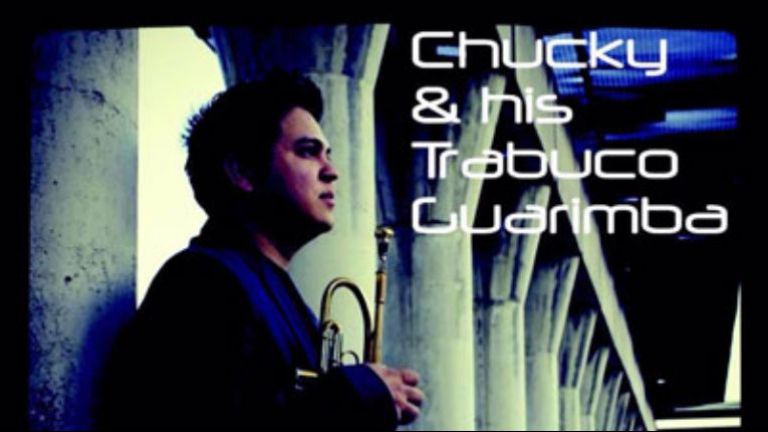 Trumpeter and Venezuelan producer Oscar "Chucky" Cordero presents Asi Soy Yo
along with his Trabuco Guarimba, an All-Stars created in the Rescue of Salsa, in the
words of Cordero himself, where tandem musicians Venezuela-Holland predominate.
Thus, we find Gerardo Rosales in the congas, the German pianist Marc Bischoff, the
timbalero Marco Toro among others, while the vowels were in charge of Irving Manuel,
Orlando Castillo "Watussi", Marcial Isturiz, Wilmer Lozano and Elvin Castillo, last
the lead vocalist of the ensemble.
Asi Soy Yo recorded between Holland and Caracas by engineers Jean Sanchez, Eiter
Gonzalez, Bulú Viloria and Cordero himself, presents 9 numbers, of which 5 are original
compositions. As for the covers, we find cuts like El Adios De Este Momento by Ignacio
Piñeiro, vocalized here by Elvin Castillo; Guaguanco De los Violentos by Louie Ramirez
or Si La Tierra Trembles by Luis "Tata" Guerra, number popularized by Johnny Pacheco
in the voice of Hector Casanova. El Silencio se Acabo, the first single of this recording
that we had the opportunity to enjoy, is a composition by Elvin Vivencias with the same
Oscar Cordero "Chucky" and the outstanding performance of Marcial Isturiz. Lucas
van Merwijk stands out with the Venezuelan Rosales in the solos of timbales and
tumbadoras, respectively, in the Gozalo court! I know that you will like it. Other guests
that stand out are trumpeter Raul Agraz and trombonist Mauricio Silva in Si La Tierra
Tiembla; Orlando Castillo "Watusi" in the vocals of El Adios De Este Moment as well
as Irving Manuel in La Igualdad. The band is featuring 12 musicians.