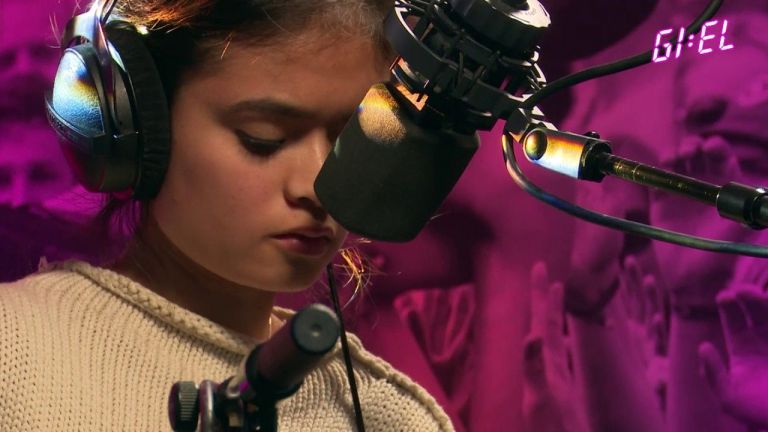 Naomi Snell (19 July 1995) is a singer-songwriter, multi-instrumentalist, filmstudent, and is the daughter of saxophonist Aubrey Snell.
She grew up in the world of classical music and started composing her own songs on the piano at the young age of four. That’s also when she learnt how to play the violin.
When she turned sixteen she taught herself to play the guitar and sing.
At the age of 18 she became more serious about pursuing a music career, and thats why she started to write her own songs as a singer-songwriter.
You can describe her songs as soul, jazz and sweety.
At the moment she’s one of the eleven finalists in Gielstalentenjacht (GTJ)(Now named: On Stage School).
She performed on various festivals, made several appearances on the tv show ‘De wereld draait door’, and was able to perform on radio 3fm multiple times.
On November 15th she performed, with the other ten finalists, at Paradiso (Amsterdam) and sang a duet with Dutch singer Boris (a.k.a. Bo Saris).
Last November she was commissioned to sing the song for de Bijenkorf’s Christmas commercial (currently on tv and radio). She’s made a longer version of the formerly short song, which wis now on Spotify.
On March 4th she released her new single ‘Soon Enough’, that reached the On Stage radio by Giel Beelen.