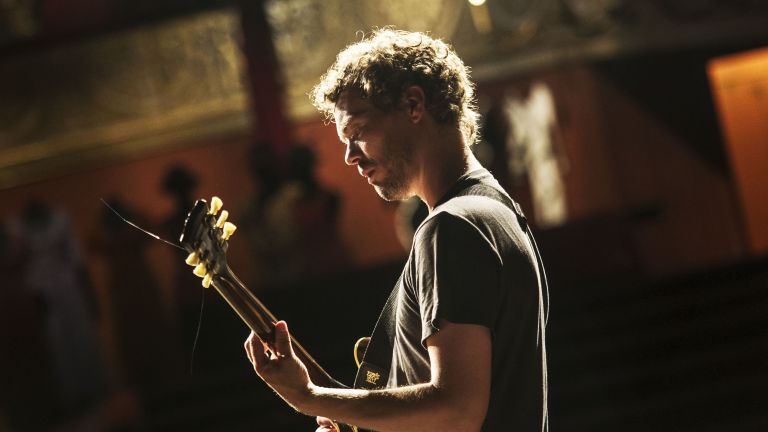 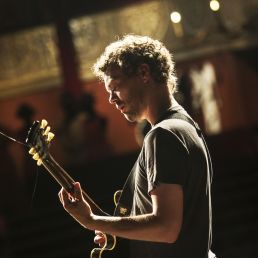 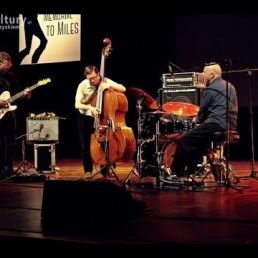 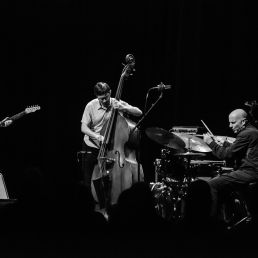 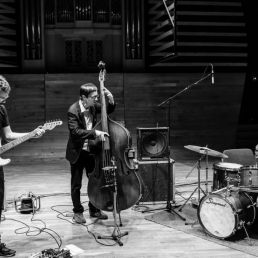 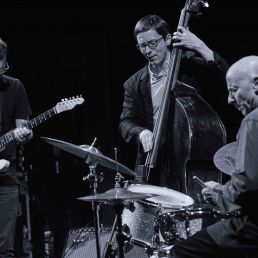 He is currently leading a trio with Jon Christensen and Thomas Morgan. This trio recorded for ECM records in November 2013. Also he is touring and working with his trio with Anders Christensen and Jakob Høyer, with his Undectet with Andrew D’Angelo, Jesper Zeuthen, Chris Speed, AC, Nicolai Munch-Hansen, Thomas Morgan, Kresten Osgood, Jakob Høyer, Nikolaj Torp, Søren Kjærgaard and Peter Laugesen and with Bro/Knak, a collaboration with the Danish electronica producer Thomas Knak (Opiate).
Jakob Bro has received 5 Danish Music Awards and has been accepted into Jazz Denmark’s Hall of Fame. In 2009 and 2013 he received JazzSpecial’s price for Danish Jazz Record of the Year (Balladeering & December Song) and in 2012 he received the DJBFA honorary award. He in the top-10 of Downbeat’s Annual Critics Poll Rising Stars and in 2013 he received both the ”Composer of the Year” Award from Danish Music Publishers Association (the price is named after Danish classical composer Carl Nielsen) and The Jazznyt Price founded by Niels Overgaard.
In both 2006 and 2012 he was rewarded by The Danish Arts Foundation for his recordings Pearl River and Bro/Knak and in 2014 the trilogy Balladeering, Time & December Song was nominated for the Nordic Councils Music Prize.

Hire or book Jakob Bro Trio (ECM) is best done here via Showbird.
This act is suitable for event types:
Wedding Birthday Celebration / Jubileum Student party Sports event Funeral Business party Reception Fair / Congres Opening Horeca line-up Festival Shopping / Market Holiday / Local feast
You have 1-on-1 contact with the artist
or his/her personal manager.
Do you have a question about this act?
Pose it in your request for the artist.