Orchestra , Bigband
The artist is residing in Amersfoort 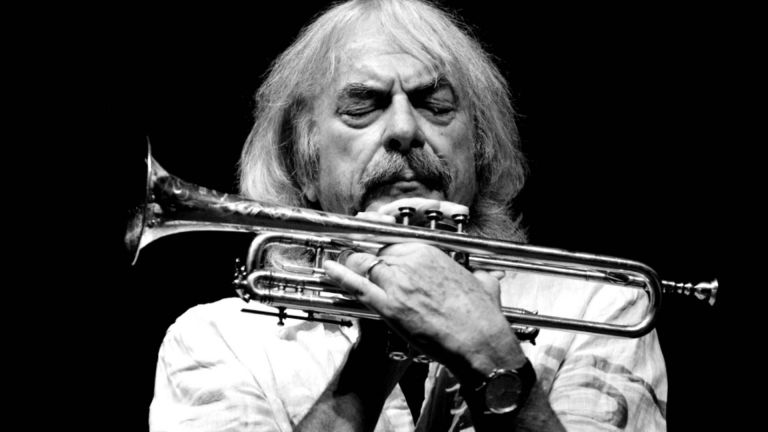 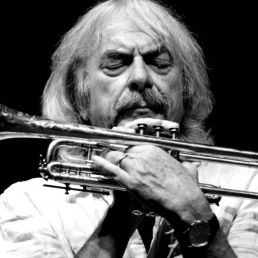 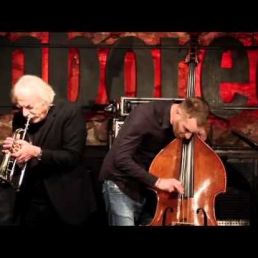 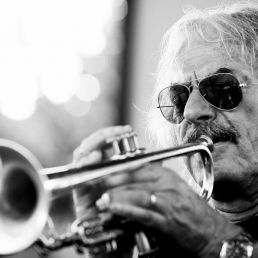 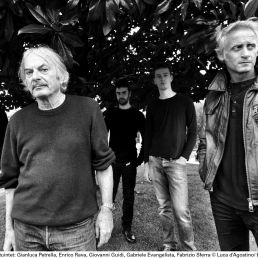 The group includes several generations of musicians, each of whom bring strong personality and
solo voices to the table. Since the beginning of his career as a leader, Rava has used a technique
favored by many of the greatest jazz artists: periodically inserting young musicians, new talents in
his groups, which tend to bring new ideas to the group and give it a fresher sound, respectful of
tradition, but open to new possibilities and transformations.

Some historic examples of this idea
include the groups of Miles and Art Blakey's Jazz Messengers, which, despite respective
differences in style, contributed in the “discovery” of many young musicians who later went on to
forge important solo careers, in the meantime exerting strong influence as well on their bandleaders.
Rava shares this predilection for scouting new talent, which can be easily seen considering the long
list of young talents who have been brought to the forefront in part thanks to his intervention:
guitarist Roberto Cecchetto, trombone player Gianluca Petrella, and the pianists Stefano Bollani
and Giovanni Guidi, a current member of the TRIBE project.
A shining example of Italy's latest generation of jazz talent, GIOVANNI GUIDI was named “Best
New Talent” by Musica Jazz in their 2007 poll “Top Jazz.” He has released several critically
acclaimed albums and has performed in many important festivals, both within Italy and
internationally.
GIANLUCA PETRELLA is considered one of the world's finest jazz trombonists. He has appeared
with musicians such as Steve Bernstein, Bobby Previte, Greg Osby, Carla Bley as well as Italians
Roberto Gatto, Antonello Salis, Gianluigi Trovesi, Francesco Bearzatti, Paolino Dalla Porta, Paolo
Fresu, Danilo Rea, Enzo Pietropaoli...and the list goes on. A fixture on the international scene, he
has appeared in many of the most important international festivals, including Montreal, Toronto,
San Francisco, Chicago, Rio de Janiero, Oslo, London, Berlin, Umbria Jazz and the Blue Note Jazz
Clubs of Tokyo and New York
GABRIELE EVANGELISTA is a very young bass player who Rava met at the jazz workshops in
Siena. He's growing by leaps and bounds and is very much in demand with Italian and international
musicians such as Roberto Gatto, Kurt Rosenwinkel, Alessandro Lanzoni and Danilo Rea for his
extroardinary gifts (interplay, boundless creativity and great precision).
Now nearing his fifties, FABRIZIO SFERRA is the founder of the well-known and widely
acclaimed trio “Doctor 3.” His experience in widely varying contexts has helped him develop an
extremely refined dynamic and rhythmic control, and thanks to his artistic sensibility and
versatility, he has come to be considered a true original of European drumming, able to fit into
various group contexts, contributing greatly to the sound and interplay of the group.
A group composed of such richly varied and original soloists requires a decisive esthetic direction
to permit creative dialogue between the musicians; Rava's clear authority as leader stems from his
ability to draw out the best from his sidemen, allowing them to reveal their abundant originality
within the expressive world of his original compositions. The result is a multi-faceted mosaic of
musical expression in constant flux.

Hire or book Enrico Rava Quartet (ECM) is best done here via Showbird.
This act is suitable for event types:
Wedding Birthday Celebration / Jubileum Student party Sports event Funeral Business party Fair / Congres Horeca line-up Holiday / Local feast
You have 1-on-1 contact with the artist
or his/her personal manager.
Do you have a question about this act?
Pose it in your request for the artist.