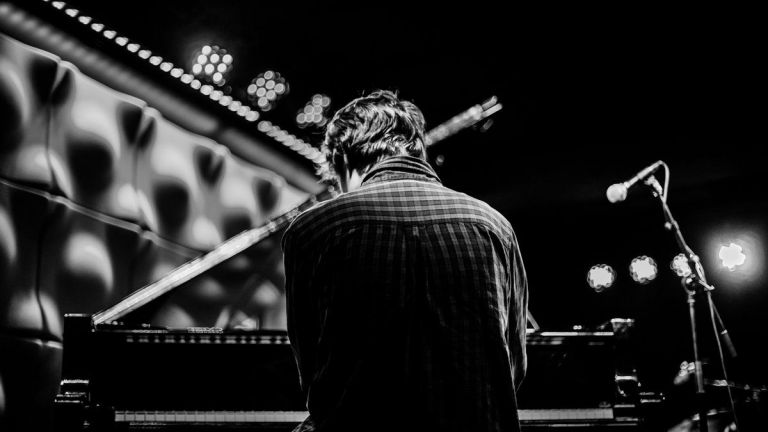 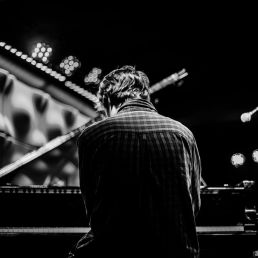 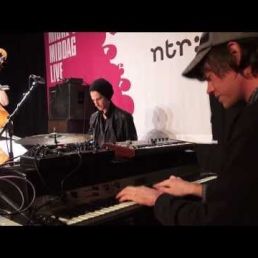 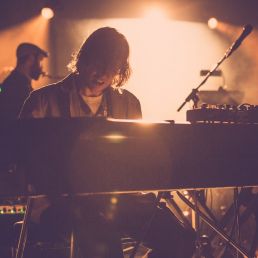 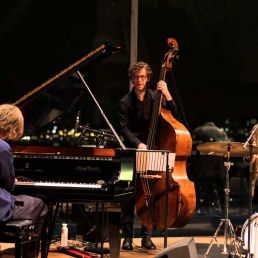 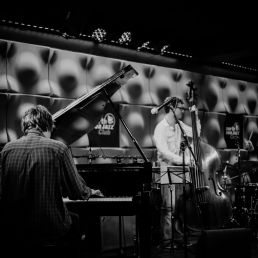 Dominic John Marshall - Pianist/composer/beatmaker from Wiltshire, England. After studying classical piano for 10 years with his father Mark Marshall, Dominic was awarded the Alan Hawkshaw scholarship to study jazz at Leeds College of Music. By summer 2010 his graduation recital had won him the LCM Piano Prize.

After being accepted on to the Masters course at Conservatorium van Amsterdam in autumn of the same year, Dominic was lucky enough to receive guidance from the likes of Kurt Rosenwinkel, Brad Mehldau and Ambrose Akinmusire. His first trio CD The Oneness was recorded, self-produced and released in this time, Chris Parker of LondonJazz calling it 'a striking debut'.

In March 2013 Dominic was awarded an Emerging Excellence award from Help Musicians UK to record Spirit Speech, his latest trio album. Then in summer he was selected unanimously by a jury of Jamie Cullum, Gilles Peterson and Jez Nelson to perform at 'BBC Introduces' at Band on the Wall, Manchester Jazz Festival. The live recording was broadcast in August for BBC Radio 3.

Released by Origin Records in Spring 2014, Spirit Speech has been called ‘an excellent, imaginative and distinctive album that repays repeated listens’ (LondonJazz) and ‘Already [in April] an undoubted jazz highlight of 2014. Masterful!’ (CultuurPodium). Based on that success his trio was selected to play at the Dutch Jazz Competition 2014, Dominic taking home the ‘Best soloist’ award. November 2014 saw Spirit Speech nominated for an Edison International Jazz award alongside Brad Mehldau & Mark Giuliana and Brian Blade Fellowship.

2015 has seen critically acclaimed trio shows at North Sea Jazz Festival, the Bimhuis, Pizza Express Jazz, the Southbank centre, Brighton Festival and the Vortex - the performance at North Sea Jazz Festival being broadcast live on national Dutch television channel NPO. On the strength of his growing reputation Dominic was invited to join British nu-jazz and electronic music group The Cinematic Orchestra, starting with a tour of the whole of Europe in November.

Parallel to his piano career, Dominic’s alter-ego 〄 DJM 〄 has built up a following outside the jazz-world with several albums of his self-produced beats, BExperimental blog declaring him 'a rare find who will be a formidable force in years to come.' His first cassette release Foreground Music (April 2014) was dubbed ‘highly engaging and highly listenable’ by Patient Sounds, with follow-up Cave Art now out and making waves on the notorious Paxico Records label (‘a one-of-a-kind-project’ - HipHop Speakeasy). A solo A-side release with New York’s Dirty Tapes is to be expected in autumn-winter 2015.

Village People
Y.M.C.A.
Do you have a question or wish regarding the repertoire? Mention it in your request.

Hire or book Dominic J. Marshall is best done here via Showbird.
This act is suitable for event types:
Wedding Celebration / Jubileum Funeral Business party Reception Horeca line-up Shopping / Market
You have 1-on-1 contact with the artist
or his/her personal manager.
Do you have a question about this act?
Pose it in your request for the artist.