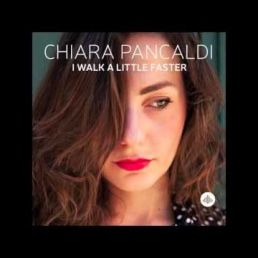 She has worked and performed with many great Italian and american jazz musicians such as Cyrus Chestnut, John Webber, Joe Farnsworth, Darryl Hall, Kirk Lightsey, Fabrizio Bosso, Piero Odorici, Nico Gori, Pietro Tonolo, Marc Abrams, Nicola Muresu, Nico Menci, Stefano Senni, Andrea Giuffredi to name a few.
Her last album, I WALK A LITTLE FASTER has Chiara performing with an excellent trio with Cyrus Chestnut on piano, John Webber on bass and Joe Farnsworth on drums. The record, released by the dutch label Challenge Records, has Jeremy Pelt as Artistic Producer. The record has been awarded as Best Vocal Jazz Album 2015 by the Jazz Critique Magazine.

Chiara Pancaldi is presenting her new project. Chiara is supported by the legendary Kirk Lightsey on piano and the grooving Darryl Hall on bass. A pure jazz trio voice piano and bass, playing an accurate selection of jazz standards and searching for a sound that is personal, fresh and every time new.


Kirk Lightsey is a legendary jazz pianist. He has worked with jazz musicians such as Yusef Lateef, Betty Carter, Pharoah Sanders, Bobby Hutcherson, Sonny Stitt, Chet Baker, and Kenny Burrell. From 1979 to 1983 he toured with Dexter Gordon and was a member of The Leaders in the late 1980s. During the 1980s he led several sessions of his own, including duets with pianist Harold Danko. In the 1980s and since he has worked with Jimmy Raney, Clifford Jordan, Woody Shaw, David Murray, Joe Lee Wilson, Adam Taubitz, Harold Land and Gregory Porter.

Darryl Hall is a jazz bassist based in Europe. He traveled all over the world many times with the most renowned jazz artists of today, including Geri Allen, Regina Carter, Ravi Coltrane, Mulgrew Miller and many others.
His first major accolade was the first prize in the prestigious Thelonious Monk Institute competition for bass in 1995, the jury of which was composed of Ron Carter, Charlie Haden, Percy Heath and Chris McBride. This award provided an inroad to the jazz community and led Darryl to play with Jimmy Heath, Donald Byrd, Antonio Hart, Diane Reeves, Tom Harrell, Kirk Lightsey, and Benny Golson, Hank Jones, James Williams, Howard Johnson, Teodross Avery (s), Robert Glasper (p) among many others. Even bass phenomenon Christian McBride called upon Darryl to perform with his big band. He also works with renowned French artists including Laurent De Wilde and Christian Escoude.