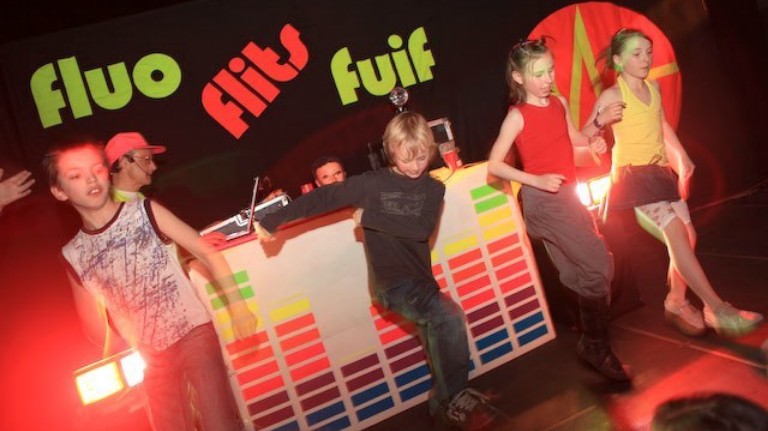 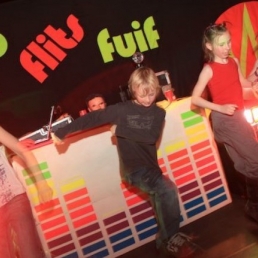 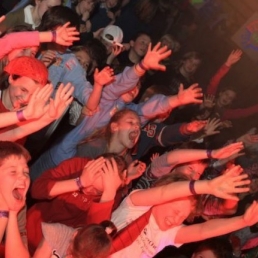 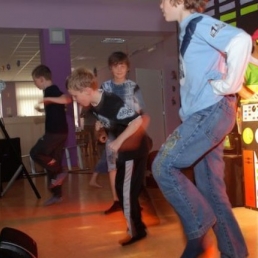 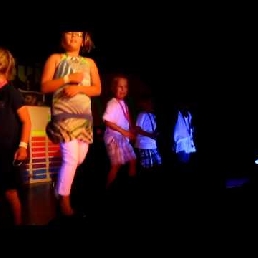 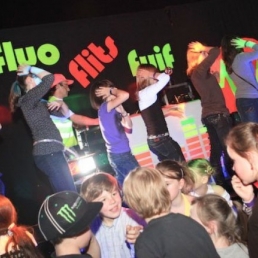 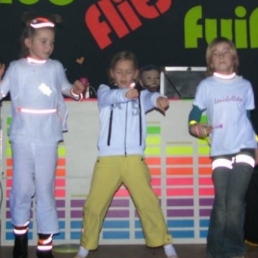 For children aged 11 and over, this flashy disco is bookable. Tough on the side or swinging on the floor. Everyone is invited! Extended with light show and music for the youngsters of your event!

Finally a nice party for the "tweens" !
(comes from 'between', the age between child and teenager).

Too big to be treated as a child, but too young to enter a discotheque.
We have been asked many times, after our very tasty "fluo-flash-fuif", if we could not make a version for people over 12 years old. One where they can really enjoy themselves.

Keigoeie music, surprising lighting effects (including a spectacular laser show), smoothly mixed together, a mailbox for in-between messages, a great atmosphere among friends / girlfriends, in a safe environment and a mega cool room design ... what more could you ask for?

Klutske will decorate the room 3 hours in advance with fluorescent pop art paintings, fluorescent attributes and now also special panels with optical illusions. Blacklights will be provided everywhere. Stroboscopes, flowlights, rainbow, mirror ball, disco lights, colour spots and light tubes will be given a suitable place.
The smoke machine is brought up to temperature. As an extra you can bring dmx-controlled colour scanners and 3-colour lasers and a special light effect in the middle of the hall!

And this without hitting a single nail in the wall. Klutske brings all the necessary tripods and materials. So that you, as an organiser, can enjoy the dancing pleasure of the two.

Hire or book Fluo-Flits-Fuif XL is best done here via Showbird.
This act is suitable for event types:
Kids party Business party Festival Shopping / Market Holiday / Local feast
You have 1-on-1 contact with the artist
or his/her personal manager.
Do you have a question about this act?
Pose it in your request for the artist.