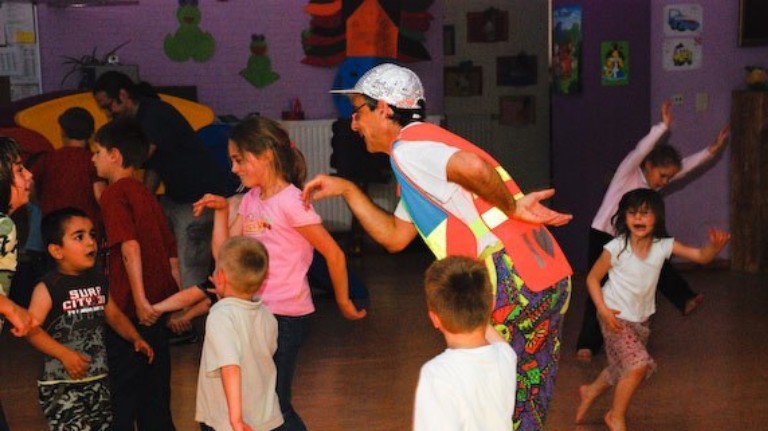 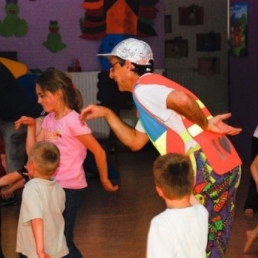 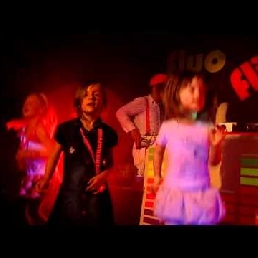 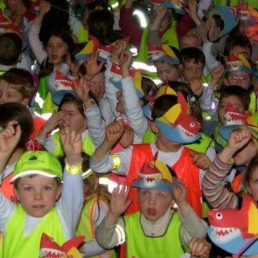 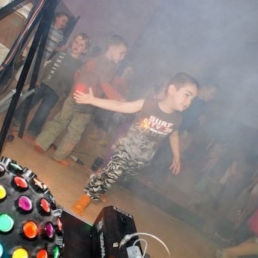 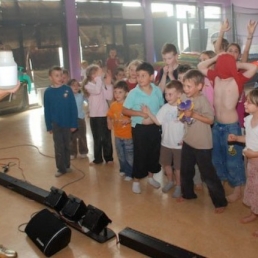 Everybody on the floor! Dancing on top level with good music and a nice DJ. Atmosphere is enhanced with multiple light effects, like a real discotheque. Book Kleuterswingdinginging! The young kids are guaranteed to go crazy!

A children's disco made to measure for the toddlers.
First they undergo a 'light bath', so that they become familiar with all the light effects... because that's a suit! Narratively, they experience what every light can do.

Without them realizing it, they are immersed in the world of the discotheque.
Their first real party, with really everything!

Parental care' is provided (by the organisation;-)


technical sheet:
3-6 years
max.60 minutes
can be most advantageous in combination with "children's swing thing" for other ages
klutske brings his own light and sound + DJ and LJ

Hire or book Kinderswingding is best done here via Showbird.
This act is suitable for event types:
Kids party Business party Festival Shopping / Market Holiday / Local feast
You have 1-on-1 contact with the artist
or his/her personal manager.
Do you have a question about this act?
Pose it in your request for the artist.