Kids show
The artist is residing in Maldegem 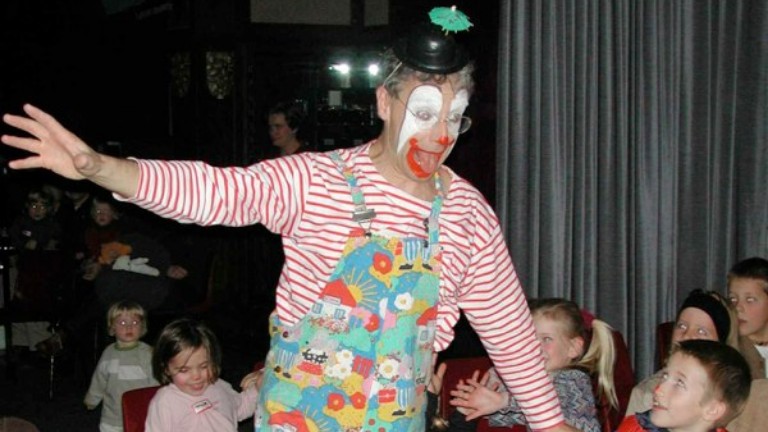 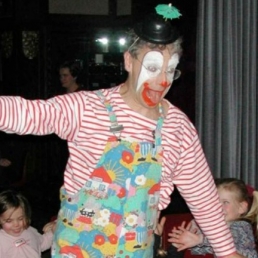 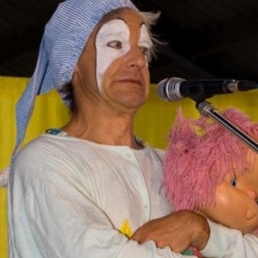 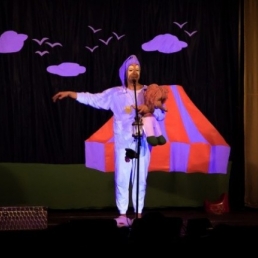 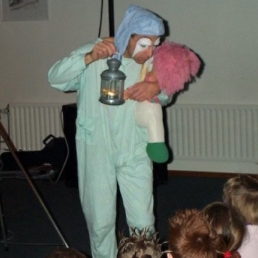 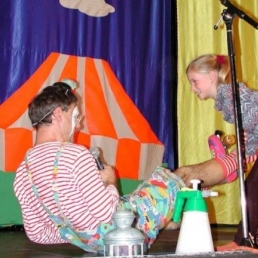 For the kids, but... Fathers, mothers, grandparents are all welcome. Very atmospheric, educational and interactive children's show. Klutske in pyjamas and completely unprepared for the show? No problem giving the kids a hand!

A surprising kindergarten production, separate in its kind.
The children experience up close the transformation of an actor.

The alarm goes off... Pssst!
Klutske comes on stage, in pyjamas... Look, look, look, look, look!
Lights on... Waaaw!
Klutske looks in the mirror. Something's not right.
He puts on his clothes in an unusual way and suggests a walk to the farm.
Hey, wait a minute, Klutske doesn't have any shoes yet. A big box enters the scene
What's in there?
You'll see that when this production comes to you.

In "Pssst! Look! Wow!" there are a lot of mathematical notions, contradictions and associations. Exciting and relaxing.
Add to that a tidy language and you get...

a surprising kindergarten production, apart of its kind.

(This performance is very nice in combination with grandparents)

Hire or book Pssst! Look! Wow! is best done here via Showbird.
This act is suitable for event types:
Kids party Business party Festival Shopping / Market Holiday / Local feast
You have 1-on-1 contact with the artist
or his/her personal manager.
Do you have a question about this act?
Pose it in your request for the artist.