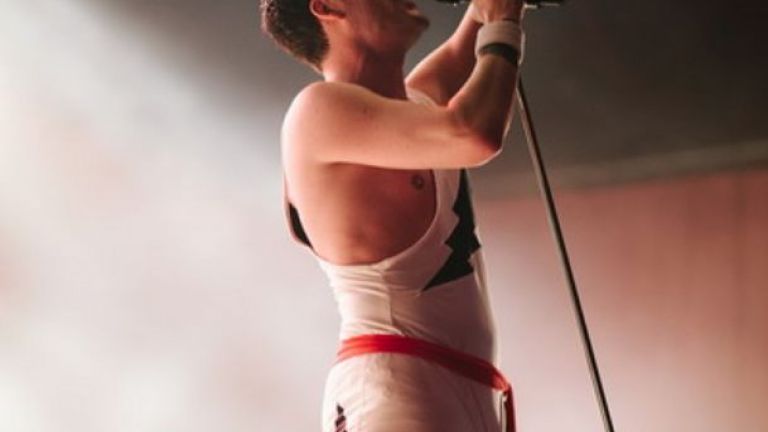 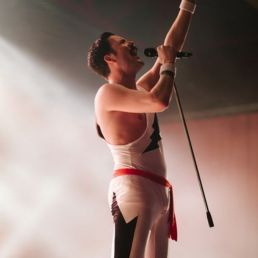 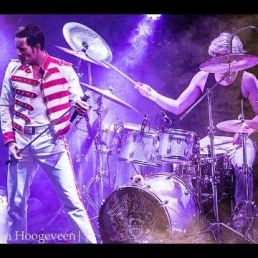 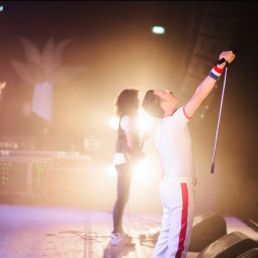 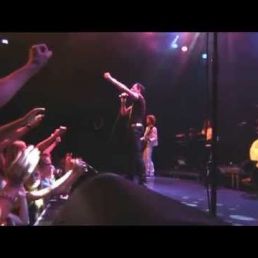 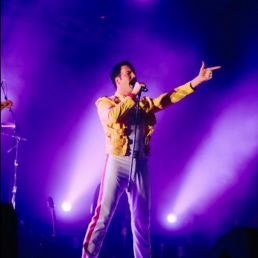 The Queen tribute band QUEEN FOREVER will amaze many with the fantastic way in which all the hit songs of the legendary British rock formation are performed.

Where the competition works a lot with orchestral bands, Queen Forever does everything LIVE and even performs the epic Barcelona. Besides the fact that this band sounds like Queen, the musicians don't shy away from looking like Queen either. Great for the show element.

A Queen tribute falls or stands, of course, with a good Freddie Mercury. This Freddie, in real life Timothy Drake, participated in the RTL4 show "My name is..." in 2009 and became 2nd after the Amy Winehouse look-a-like.

As a result of this success, Queen Forever was founded and the band has toured many countries including Spain, Italy, Great Britain, Germany and even Mexico.

Timothy even had the honour to sing for the British Embassy in Kuwait, which says something about his credibility as Mercury.

QUEEN FOREVER is a band with a royal appearance, made up of only top musicians. The band more than lives up to its name as one of the very best Queen tributes and has as an extra feature the possibility to bring the unique performance of the Barcelona duet by Freddy Mercury and Montserrat Caballe (Linda Kinsbergen) to the limelight.

Timothy Drake can also be booked as a tape act on his own (possibly together with Linda).

The artist is residing in GroningenTravel expenses are based on your event location.