Band , Party
The artist is residing in Zoetermeer 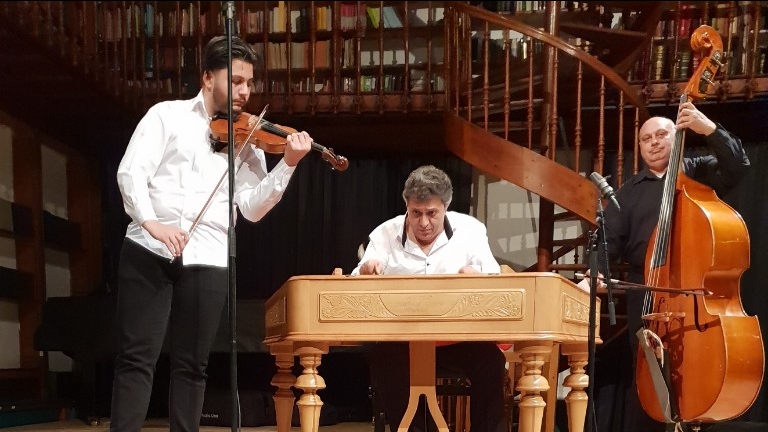 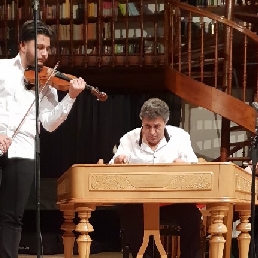 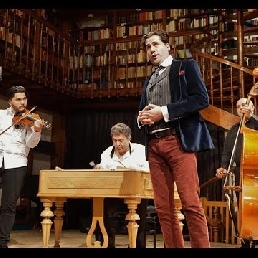 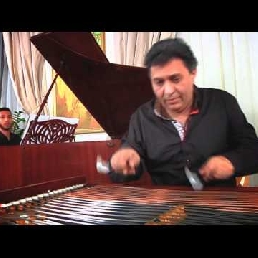 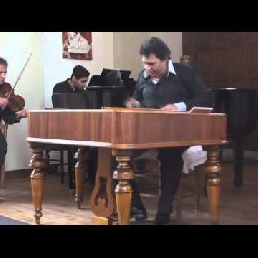 In a dazzling performance with gypsy music, the Giani Lincan Ensemble plays beautiful Romanian and Hungarian melodies with a contemporary musical ##### exuberant, catchy blend of traditional Central and Eastern European music, with virtuoso cymbal solo, and an irrepressible jazzy swing.

The Lincan Ensemble was founded in the Netherlands 2003 on the initiative of the musician Giani Lincan.
A band consisting of professional musicians. A band that has set up various musical projects, such as Eastern European gypsy music, gypsy jazz and classical music by different composers in Eastern Europe. A band that always performs in different formats, such as a trio, quartet, quintet or full orchestra. The actual orchestra consists of two violins, piano, cymbal and double bass. Since 2003, the Lincan Ensemble has earned its reputation as a professional orchestra and performs in the world's most renowned concert halls and festivals all over the world: Concertgebouw in the Netherlands, De Doelen in the Netherlands, Anton Phillips hall in the Netherlands, Sziget festival in Hungary, Romanian Athenaeum, Heineken festival in Malaysia, Franz Liszt academy in Hungary, Porgy Bass festival in Austria, and so on. The Ensemble has shared the stage with great legends from the music world, including Richard Galliano, Stochelo Rosenberg, Roby Lakatos, Stian Carstensen, Birelli Lagrene, Tchavolo Smith, etc. Lincan Ensemble is also often invited to various TV entertainment shows in Romania and other countries.
Our orchestra's repertoire includes various musical styles, such as classical music, Balkan gypsy music and their own compositions.
Lincan Ensemble also has a rich repertoire.
Musicians of this ensemble easily move from one style of music to another. From Romanian music to jazz or classical music, or from Hungarian music to Viennese opera music. Live in concert, the musicians reveal parts of virtuosity, lyrical songs, archaic and melancholic songs. The instrumental soloists exchange and exhibit different themes or music in a spectacular way
Unique moments with spectacular cymbal solo where the audience is fascinated by the sound of the cymbal or the speed with which the hammers hit the strings of the cymbal. With their extensive repertoire and exceptional arrangements, they appeal to music lovers of all genres.
Lincan Ensemble even guarantees 100% success for its concerts.

Hire or book Lincan Ensemble (trio or quartet) is best done here via Showbird.
This act is suitable for event types:
Wedding Birthday Celebration / Jubileum Student party Sports event Business party Opening Horeca line-up Festival Holiday / Local feast
You have 1-on-1 contact with the artist
or his/her personal manager.
Do you have a question about this act?
Pose it in your request for the artist.