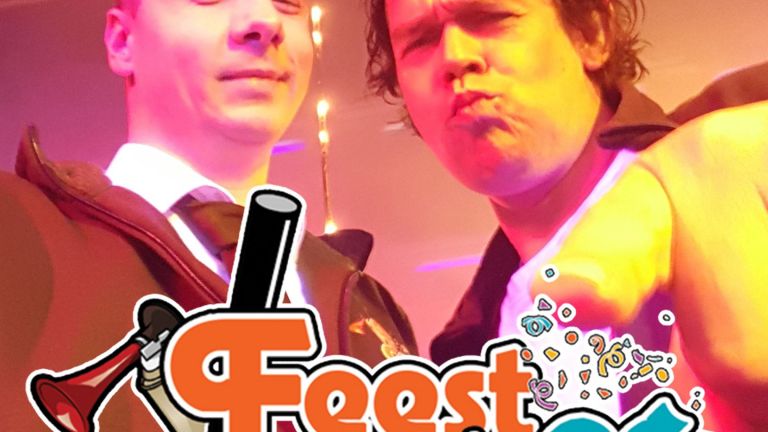 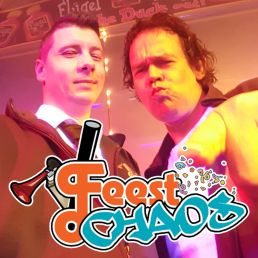 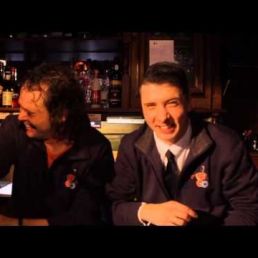 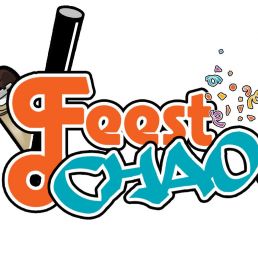 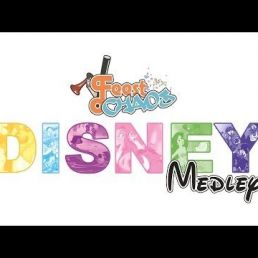 FeestChaos is an overwhelming party act, consisting of 2 DJ's (Stayfan & Bee) singing, jumping parties and beasts! For 4 hours you will get the biggest party sensation in "house", which will be talked about for a long time to come.

FeestChaos consists of 2 DJ's who not only play records, but also: interactively walk through the audience, sing, play games and dance.
Stayfan & Bee make sure that all music styles are reviewed. Criss-crossing each other, the various genres fly around the ears interspersed with interaction.

During the show, they also make film recordings out of hand, which will later be shown on YouTube as an aftermovie.

About the members:
Stayfan is party animal pur-sang!
With several tracks to his name, several locations he has visited and the title "Most Popular Upcoming DJ 2012" a memorable evening is guaranteed! Singing, dancing and nothing is too crazy for him.
Characteristic of his appearance is THE STROPDAS. At every party it hangs around his neck!

Dj Bee is an entertainer at heart!
In daily life he bounces through life as Patrick Roelands, one of Zealand's most famous DJs. With extensive national and international experience (more than 20 years) as DJ/ presenter/ animato,r at the most diverse (national) events, parties and in dance cafes & discotheques throughout the Netherlands and Belgium.

The artist is residing in Etten-leurTravel expenses are based on your event location.

Hire or book FeestChaos is best done here via Showbird.