Magician , Table magic
The artist is residing in Dudzele 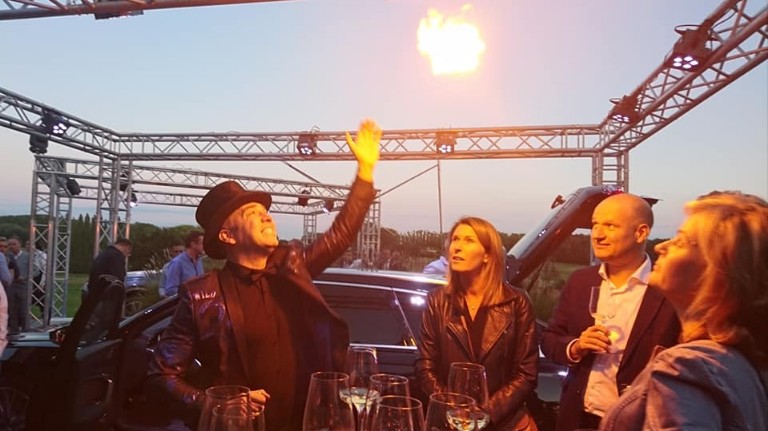 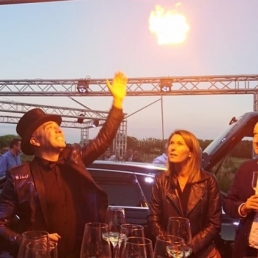 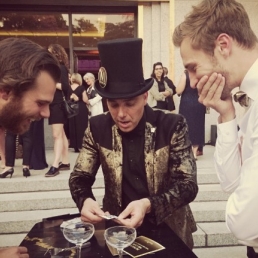 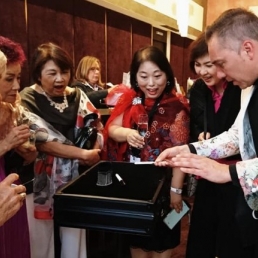 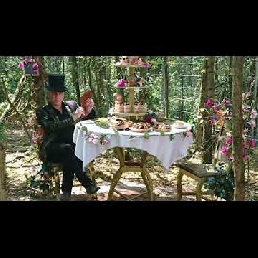 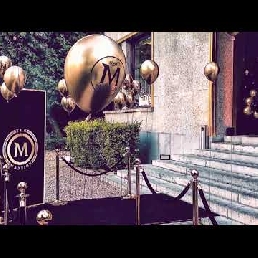 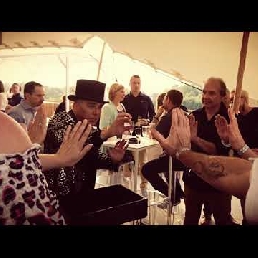 Magician Armand gives your booth a fun and exciting twist. Potential customers will be amazed by a short but powerful show of your product. A real audience magnet!

The first impression of a customer is often decisive. Surprise your potential customers and give your stand that magical extra. By presenting short but energetic shows (in which your product is incorporated) your exhibition stand will become a true audience magnet. After this unique welcome, Armand will lead the interested parties to your representatives.

Since my childhood I have been fascinated by magic, this by a magic box of the Saint! As a little boy I regularly went to the library where I snuck to the adult floor to study magic books. At school I showed my first tricks and also my first performance. When I was a little older I cycled every month from Waregem through all kinds of weather to the magic club in Kortrijk where I really got to know the secrets of magic! After my first job as an interior designer I had seen it. I spread my wings and went on an adventure. That's how I ended up on the cruise ships where I was allowed to perform as a bar magician for celebrities like billionaire woman Ivana Trump, Las-Vegas star Johnny Thompson and even Sir Elton John. Funny story of the latter was that he had hired the cruise ship privately and came on board via his own 'luxury yacht' on the high seas. His own ship was bigger than the cruise ship! I sailed all over Europe, Africa and the Far East where I came into contact with top magicians like Brian Gillis, Johnny Thompson, Russ Stevens and Harry Maurer.

After the cruise ship adventure I ended up in Spain where I worked as an entertainer and performed in several hotels and clubs in Mallorca, Ibiza and Gran Canaria. Since I live in Belgium again I participated successfully in Belgium's Got Talent twice and was invited to the VTM studios for 'Medialaan behind the scenes'. A few years ago I assisted David Copperfield on stage and in the Netherlands I was allowed to participate in the mentalist show 'Mindmasters Live' for the SBS6 channel where I was coached by the world famous mentalist Uri Geller.

Thanks to the magic, the adventure remains in my life. From chic private parties, company parties, grand garden parties, events, fairs to the neighbourhood party and the Flemish fair. Nothing stops me from surprising everyone! From West - Flanders, East - Flanders, Flemish - Brabant, Antwerp and distant Limburg, everywhere I go is the party and ambiance! I distinguish myself from other magicians by my style and a personal approach. Hip, cool, modern tricks combined with my own creations. Together with the client I look for what best suits their concept. This way I offer magic tailored to the client. Hiring a magician/mentalist for your party or event is unknown to many. You don't think about it until you can experience it live! You really have to see it to believe it. I am responsible for the leute and the amazement. As you return home, you will certainly be talking about what you were allowed to experience! Magic brings people together and I hope to surprise you soon at some party or other!

Hire or book Magician Armand Events and Fairs is best done here via Showbird.
This act is suitable for event types:
Wedding Birthday Celebration / Jubileum Kids party Student party Business party Reception Fair / Congres Opening Horeca line-up Shopping / Market Holiday / Local feast
You have 1-on-1 contact with the artist
or his/her personal manager.
Do you have a question about this act?
Pose it in your request for the artist.