Juggler
The artist is residing in Amsterdam 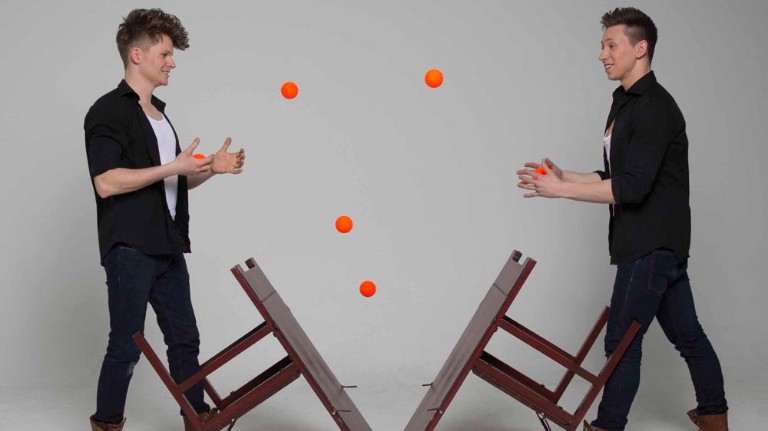 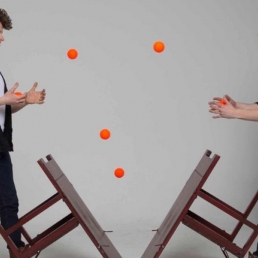 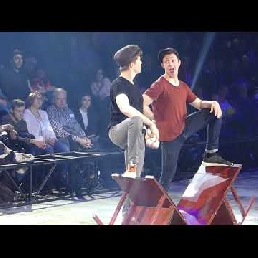 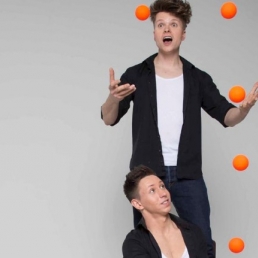 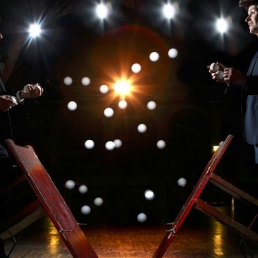 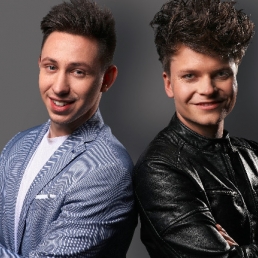 If you're searching for an spectacular Show for your event, you've found it! Twinspin Bouncing is an incredible ball bouncing act which surely will amaze your audience! Book the Amazing Twin Spin Bouncing Show via ShowBird.

A true highlight from our repertoire. On the stage, two ordinary guys sitting in normal chairs. It quickly turns out that nothing is normal about this extraordinary act. The two jugglers use bouncing balls to create unique, never-before-seen combinations of tricks on purpose-built chairs.

Hire or book Twin Spin - Bouncing is best done here via Showbird.
This act is suitable for event types:
Birthday Celebration / Jubileum Kids party Student party Sports event Business party Fair / Congres Opening Festival Shopping / Market Holiday / Local feast
You have 1-on-1 contact with the artist
or his/her personal manager.
Do you have a question about this act?
Pose it in your request for the artist.