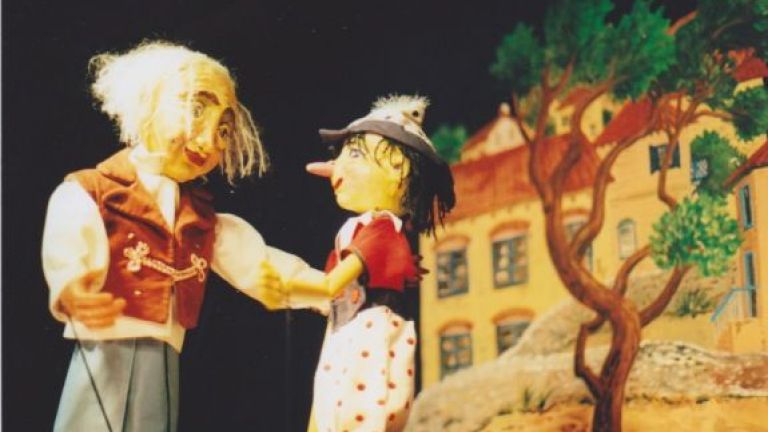 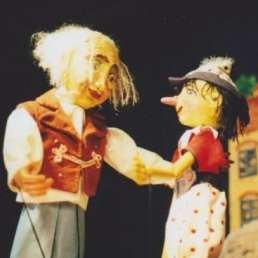 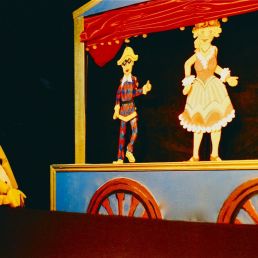 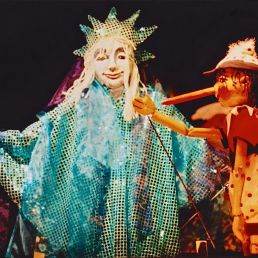 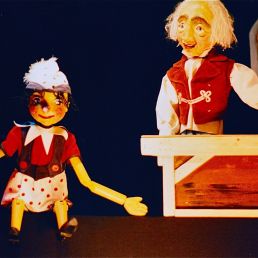 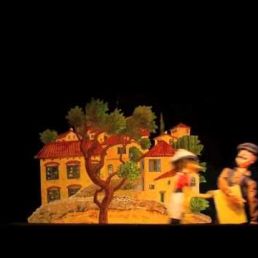 A CENTURY OF CLASSIC PUPPET THEATRE. "You just forget they're puppets
Millions of children and adults have enjoyed our theatre over the past century. We still make beautifully designed performances with poetic music, a lot of humour and a good story, but in a contemporary style.

In the forest, a branch of a pine tree is enchanted by the Blue Fairy. Unsuspectingly, Gepetto turns it into a harlequin, but is startled when the doll, which he calls Pinocchio, really starts to live. Pinocchio lets the fox and the boy Lucinolo tempt him to do bad things. He is warned by Krelis the cricket and the Blue fairy. When he lies to each other his nose grows, which Pinocchio finds terrible. The fairy explains to him that she wants to turn him into a real boy of flesh and blood, as soon as he can choose between good and evil. In the end, Pinocchio is so brave that he rescues his father from the belly of the sea monster and when he comes to dry he has already turned into a real boy.

1 socket and a row of 5 meter tables to put the dolls on.

Hire or book Pinocchio is best done here via Showbird.