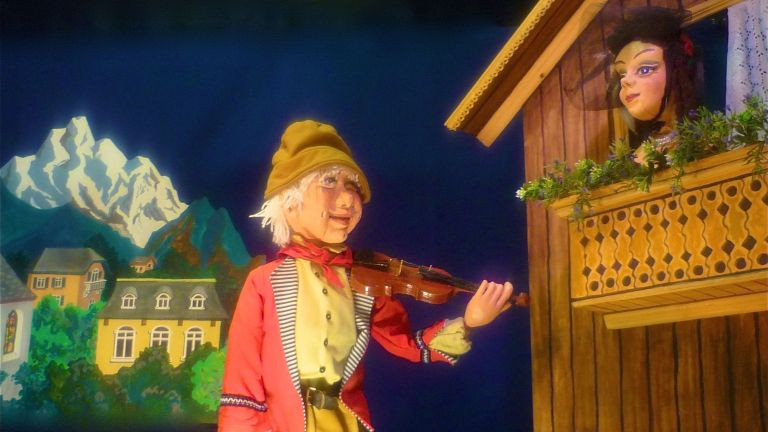 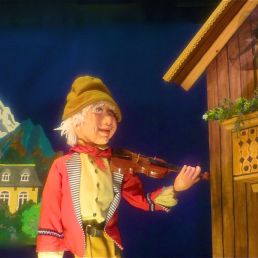 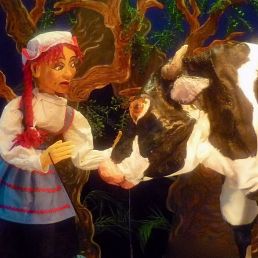 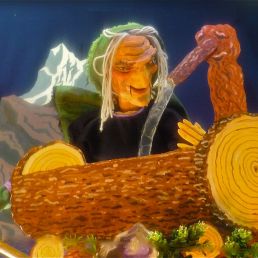 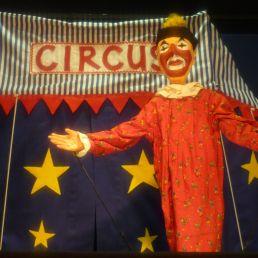 A CENTURY OF CLASSIC PUPPET THEATRE. "You just forget they're puppets
Millions of children and adults have enjoyed our theatre over the past century. We still make beautifully designed performances with poetic music, a lot of humour and a good story, but in a contemporary style.

When Lazy Wammes is fired, the beloved Gretel secretly gives him a currant bun, an apple and a coin for the road. In the mountains, an old begging lady, who is actually a sorceress, manages to take it away from him. As a reward for his generosity he may make three wishes and Wammes goes with a violin, on which he can play just like that, and the promise that he will marry Gretel later. Excited he tries out all sorts of things on his magic violin and makes people dance, cry, laugh, sleep, fall in love and give away. Sometimes that's nice, but many people also get angry with Wammes because everything goes very wrong. If they also think he stole the haystack and the jewels, he has to go to jail. Luckily the clown arrives just in time to save him and he also gets to marry Gretel.

1 socket and a row of 5 meter tables to put the dolls on.

Hire or book The magic violin is best done here via Showbird.