An evening of singing with Johan Vlemmix 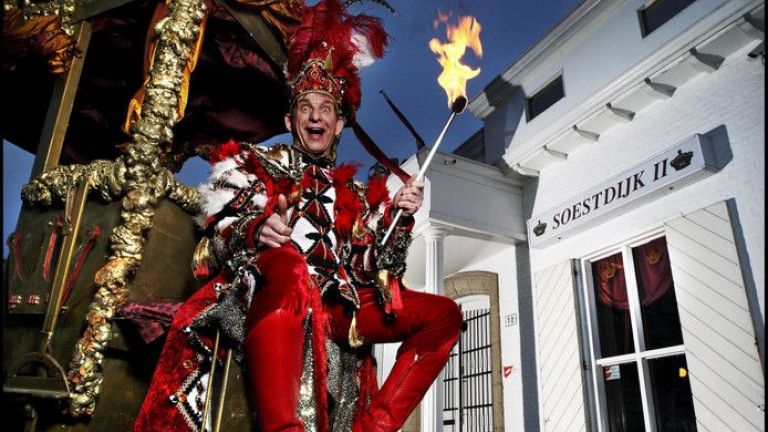 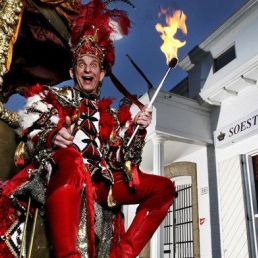 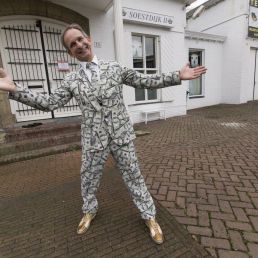 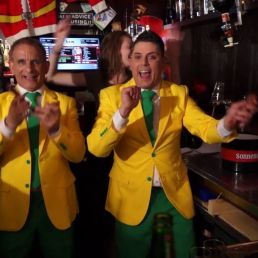 An evening of singing with Johan Vlemmix

For an evening of fun and party hits you can also book Johan as a singer. In 2008 he scored a hit together with Nol Roos with "A bussie full of Poles".
With Johan at your event it's guaranteed to be a party!

Many people know Johan Vlemmix
of his Orange Fever and his Maxima supermarket. Others know him because of his frequent participation in the programme On land, at sea and in the air. Johan Vlemmix became fascinated by that from the start in 1974. In variants of that programme such as Tobbedansen, Met Glans van de Schans, Vlieg 's uit 's and Fiets 'm in, Johan Vlemmix attracted attention with the most ingeniously constructed vehicles. Johan Vlemmix made his debut in a bathtub with paddle wheels. Johan Vlemmix participated a hundred times on land, sea and air and ended up in the Guinness book of Records. No one in the world had participated in the same program before. Johan Vlemmix quit after that hundredth time, but is still involved in the programme as a jury member and as a starter.

Attention: Price is indicative!
If you are interested or would like to receive more information about the possibilities and prices, please feel free to contact us.

Hire or book An evening of singing with Johan Vlemmix is best done here via Showbird.