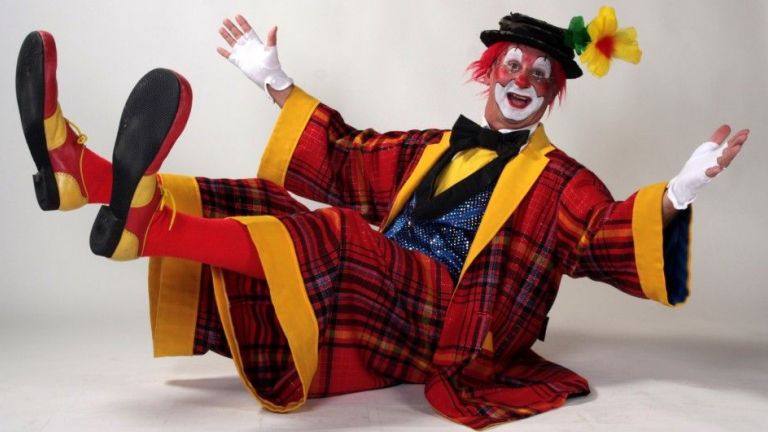 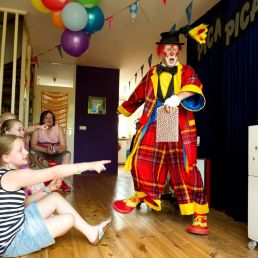 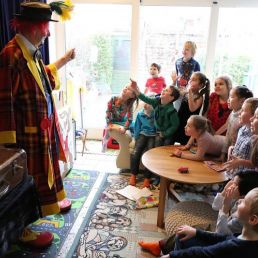 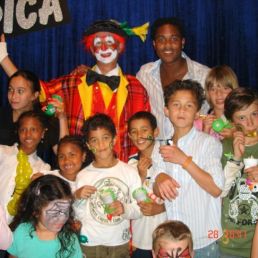 Magic clown Pica Pica wants to learn magic and is looking for the magic school but is lost and ends up at your house. The children know a few magic spells and want to teach Pica Pica something. But will everything go well? Really surprising is the finale when the enthusiastic audience enjoys a "musical" act in which Pica Pica plays a special saxophone

Suitable from 4 years old.
The duration of the performance is adjustable (30-90 min), please mention this in your request.

For children's parties up to 15 children other prices from € 260,- apply

Originally a technician, Dick has spent his whole life as a volunteer (and has received a Royal Award for that) as a supervisor at a children's circus and clubhouse and as a swimming instructor at Zwemvereniging ZDHC

Dick is secretary of Goochelclub Rotterdam and supervises the juniors.
He is also a member of the Magische Kring Haaglanden and of the NMU, the Dutch Magic Union.

Pica Pica performs in amusement parks, in the theatre, at schools, on the street, at your home and wherever there is a party.

The artist is residing in Rijswijk (Zuid Holland)Travel expenses are based on your event location.