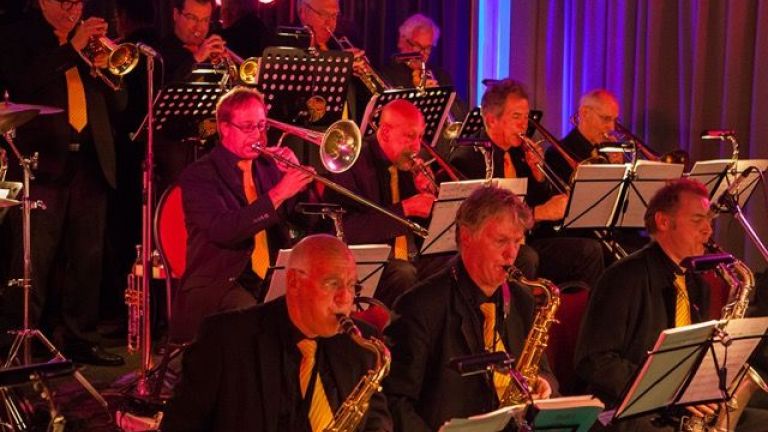 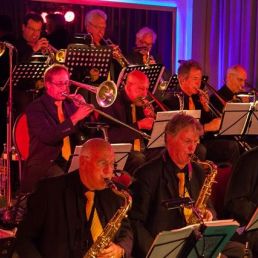 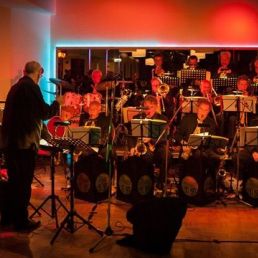 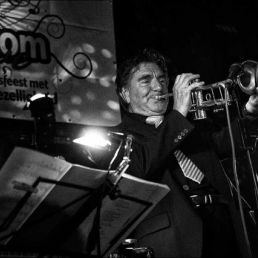 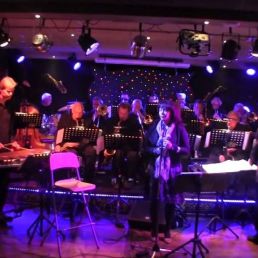 A musical journey through the 50s and 60s with American Swing and Latin Music from
the time of the great jazz orchestras. Band leader Frits Landesbergen always manages to surprise the audience by putting together a balanced repertoire from The Great American Songbook. In short: unadulterated Big Band music!

The Frits Landesbergen Big Band was founded in 1969 by the Leiden pianist / vibraphonist / arranger Frits Landesbergen. It was the first Big Band in the Leiden region. In the early years the orchestra mainly had a jazz repertoire and played almost exclusively in the regional jazz clubs. Due to an increasing demand the repertoire was expanded with dance music. The orchestra has had a full Big Band line-up for many years. This consists of five saxophonists, four trombonists, four trumpeters and a full rhythm section of three persons. As an extra dimension a singer and a singer are connected to the orchestra.

The repertoire consists mainly of original arrangements by Count Basie, Woody Herman, Duke Ellington, Sammy Nestico, Bill Holman. The band with bassist Jos van Buuren has a creative arranger and of course plays many arrangements by Frits Landesbergen himself.

The strength of the orchestra lies in the durability of its membership. For years the line-up has remained unchanged, except for occasional changes, and the turnout of permanent members during rehearsals is high. As a result, the orchestra is well attuned to each other, the sections are balanced and there is hardly any need to work with sound amplification during performances.

The orchestra has 'sound', which makes it a pleasure to listen to

In consultation. Costs PA installation not included in the price.