Band , Latin/Caribbean
The artist is residing in Rotterdam 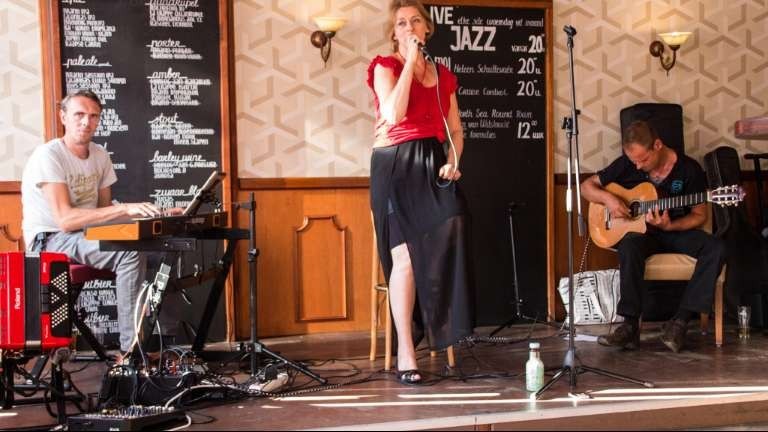 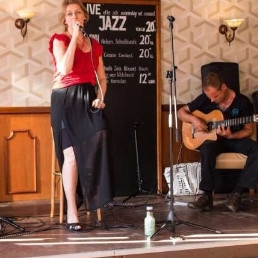 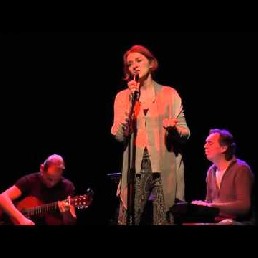 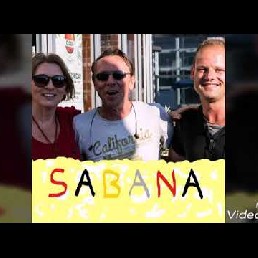 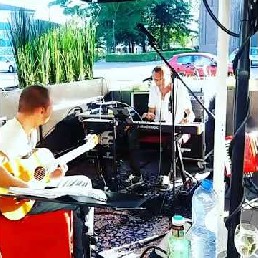 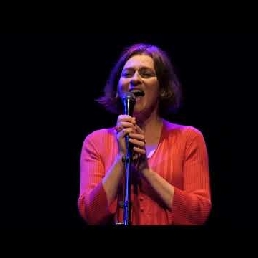 stage/space of about 3x4 meters.

Sabana is a latin and gipsy jazz trio that with great passion does not leave the audience untouched with their sunny, melancholic and exhilarating music....

From different backgrounds but with the same passion, the chemistry between the three artists is complete...
This chemistry does not leave the audience unmoved and during the performance fervour and melancholy from Latin and gypsy music come together. This in beautiful songs temperamentally sung in Spanish, Portuguese, Italian, French and Romanian. A musical fusion of vocals with the virtuoso guitar sounds, the rhythmic keyboard work on piano and the melodic accordion-playing.
Sabana plays its own arrangements of well-known and lesser known works with surprising improvisations in which the experience of the musicians with different musical styles does not go unnoticed.
The music of Sabana is suitable for in the background at for example receptions, dinners or for a listening audience in a theatre setting. But Sabana also takes your festive occasion to a higher level with the right alternation of romantic ballads with cheerful uptempo songs.
The sound volume can at any time be adjusted to the desired level, loud or less loud. We work with an in-ear system, so that we remain audible to each other and guests can continue to have a conversation without being drowned out by the music.

A short introduction of the members of Sabana:
Singing: Carla Maljers
Carla Maljers started piano lessons in her youth and took part in various singing workshops in combination with singing lessons in jazz and world music styles.
In various projects, inspiring collaborations arose, such as with Latin pianist Vladimir Fraga Sierra from Cuba. Since the start at Sabana, she has also embraced gypsy music.
Guitar: Roy van der Lee
Roy van der Lee has been playing guitar since he was 15 years old and has played in all kinds of musical contexts on various stages.
As a versatile guitarist he plays classical, gipsy, Latin, Spanish, blues, jazz and rock. He gained special experiences during performances with Virgillio Valdez (Buena Vista Social Club), Jimmy Rosenberg and Karin Bloemen.
In 2013 he reached the semifinal in "De beste gitarist van Nederland" on Radio 2.
Piano/Accordion: Robert Brands
Robert Brands is a keyboard player, producer and composer. Already at a young age he played the organ and accordion. After that he was part of cover bands like Spiv and Prima Vering & de Schokbrekers. With the last band he toured Europe. As a freelance musician Robert played with De Heren van Amstel Live, Mai Tai, CB Milton, The Gibson Brothers, Jimmy Bo Horn, and various artists from home and abroad.

For more information about this act, please feel free to contact us.

Hire or book Trio Sabana-Hot Latin and Gipsy jazz is best done here via Showbird.
This act is suitable for event types:
Wedding Birthday Celebration / Jubileum Student party Sports event Business party Reception Opening Horeca line-up Festival Shopping / Market Holiday / Local feast
You have 1-on-1 contact with the artist
or his/her personal manager.
Do you have a question about this act?
Pose it in your request for the artist.