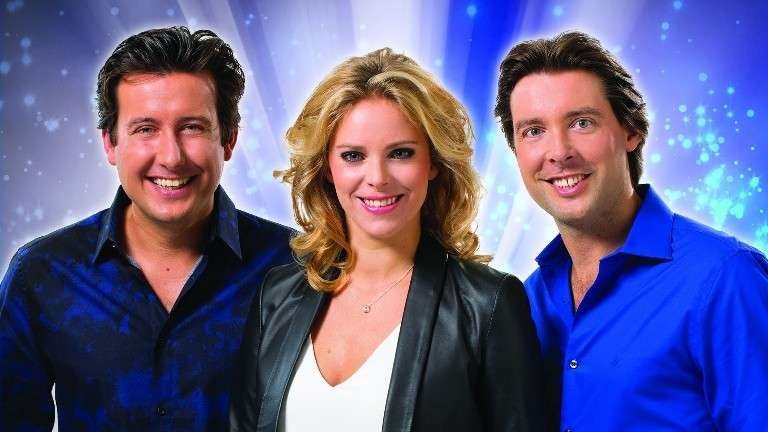 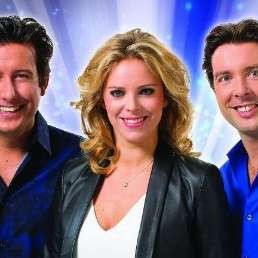 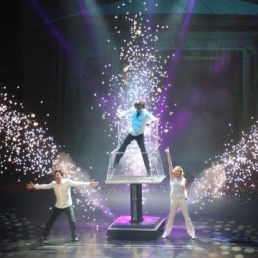 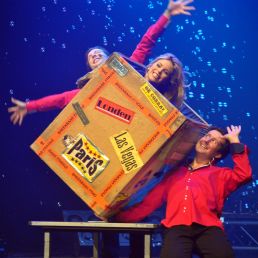 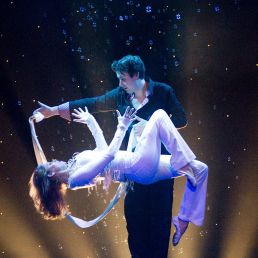 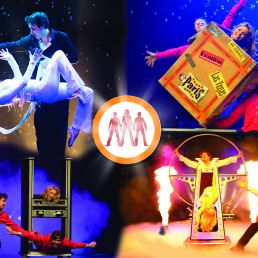 The most spectacular magic show in the Netherlands: Magic Unlimited! Mara, Oscar and Renzo Kazan enchant the audience with their incredible tricks and illusions. These breed artists have 22 years of experience at home and abroad and can now be at your event, make an application and book Magic Unlimited.

In 30 minutes, the most extraordinary tricks and incomprehensible illusions are shown. People disappear before your eyes and special effects fly around your ears. Would you like to make a special entrance at your event? Let Magic Unlimited conjure you up! This tailor-made illusion show will make your event unforgettable!

For €4750,- the magical trio Magic Unlimited will give a splashing custom made show of 30 minutes including sound for up to 750 people!

You can also choose for the Feel Good Illusion Show where a pre-composed show for young and old will be performed. Do you prefer a 90 minute theatre show by Magic Unlimited and brother Steven kazan? This gives you a show in which Steven's standup comedy and the illusions of Magic Unlimited follow each other in rapid succession. This is a world class show.

Or choose the total Kazan package: Kazan, the Amazing Magic Family. With this show you will bring (almost) the whole Kazan family into your home! Magic Unlimited, Steven Kazan and of course Hans Kazan will perform a show with humor and of course the most amazing magic tricks.

With the one and only Hans Kazan as a father, Renzo and Oscar had a talent for magic. Add to that Mara, Renzo's wife, and you have a world-class magic act

Their first performance was in 1996, they performed at the TV show 'The Magic Mystery Show'. Because of their amazing performance they soon became regular guests of the show and became the youngest professional magicians of that time.

Due to the great success in the Netherlands, the doors to Las Vegas soon opened for Magic Unlimited. In 1997 they performed at the Tropicana Hotel and at the Ceasars Palace Hotel. After the performance in Las Vegas numerous shows followed abroad

In the next few years, the group traveled all over the world with their shows and TV appearances. They also won two international magic prizes.

In 2001, the TV programme 'Hans Kazan & Magic Unlimited' appeared on TV for the first time. In the show the magicians got help from a BN'er to perform illusions and magic tricks. Some BN'ers from the show are: Henk-Jan Smits, Wolter Kroes, Robert Jensen and Angela Groothuizen. The show was broadcasted in 2001, 2003 and 2006 on the TROS.

In 2007 they were shown in the TV show 'Greetings from the Rimboe' where the Kazan family visited the Samburu tribe in the jungle of Kenya. The family got acquainted with the primitive lifestyle of the tribe and at the same time gave a glimpse into their world. A year later, the Samburu came to the Netherlands to meet the Kazan family in their home environment.

From 2009 to 2016, Magic Unlimited was again on show all over the world with theatre shows, festivals and TV appearances. With the New Year's show in China they attracted no less than 500 million viewers! They also won the Li-Chang award for best magic act. Magic Unlimited won this award with 72% of the votes and was the undisputed winner.

In 2016 Magic Unlimited was part of an experiment of theatre 'De Maaspoort' in Venlo. The theatre wanted to stay open for the first time in the summer months and programmed 16 shows of Magic Unlimited

Would you like to have these world famous magicians at your event? Magic Unlimited still performs at company parties, receptions and private parties. Make an application and book Magic Unlimited for your event!

In consultation, we will gladly look into the possibilities with you

The artist is residing in HilversumTravel expenses are based on your event location.