Trompettist
The artist is residing in Vlaardingen 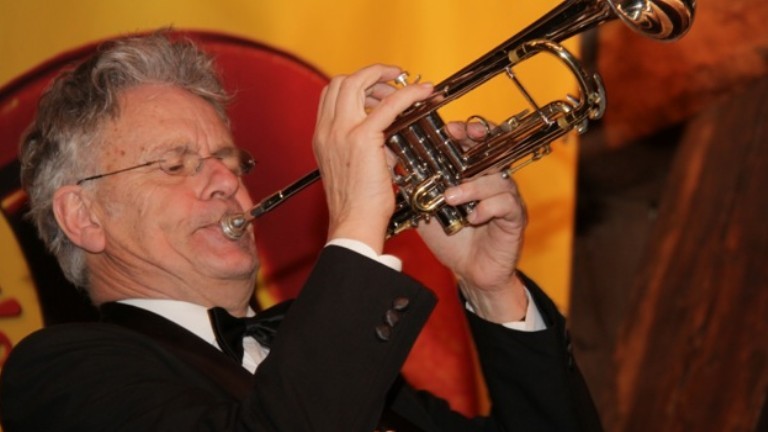 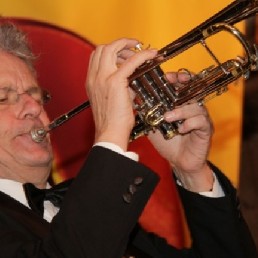 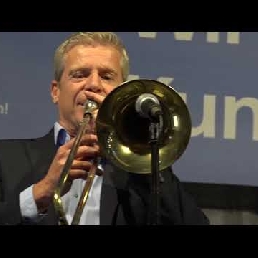 Musical centipede Koos van der Hout, makes every event a success. With his unique style and extensive experience, Koos is a sought-after trumpeter. Book him now via Showbird!

The development of Koos starts at dixieland, the clear structure of which still characterizes his music. No experimental jazz in which the trumpet deviates far from the melody, but the trumpet as "singer" and melody maker on a steady groove. Acoustic music that builds on the jazz of the fifties and sixties. Koos van der Hout calls this his own "fusion": a fusion of styles. making pleasant listening music with a small ensemble.

The indicated price is indicative. Be sure to leave your specific wishes in the request!

Koos van der Hout is not only a trumpet player, but also plays cornet, flugelhorn, bass trumpet and valve trombone. He got his first trumpet lessons at the age of 15 at the Vlaardingse Muziekschool of Willem Vos, later at the Rotterdamse Muziekschool of Frans Vreugdenhil. Started his musical career in Dixieland bands, including the Bridge Town Jazzband. He completed a study of urban design at the TH Eindhoven, after which he started his study of trumpet classical music at the Rotterdam Conservatory with John Floore in 1975. Three years later he continued his studies with Cees Smal, at the department of Light Music.
During his conservatory studies he played in The Group of Rob van der Linden, in the big bands of Rob Madna and John Clayton and in the New Orleans Syncopators. With this band he made his first tours abroad to East Germany and Russia. In 1983 Koos van der Hout completed his music studies with the diploma Performing Musician. Three years later he toured with the Dutch Swing College Band to Australia', Singapore, Hong Kong and Manila, and followed various performances in Germany. With the Glenn Miller Orchestra he toured Austria, Germany and Italy. Since the end of the nineties he has been touring abroad with the Flying Dutchman Jazzband, to England, Thailand, Nigeria, Ivory Coast, Sint Maarten and the United Emirates, among others. In his own country he performed with many jazz bands in various styles.

Hire or book Koos van der Hout (Trumpeter) is best done here via Showbird.
This act is suitable for event types:
Wedding Birthday Celebration / Jubileum Funeral Business party Opening Shopping / Market Holiday / Local feast
You have 1-on-1 contact with the artist
or his/her personal manager.
Do you have a question about this act?
Pose it in your request for the artist.

The artist is residing in Vlaardingen