Singer (female) , Soul/R&B
The artist is residing in Rotterdam 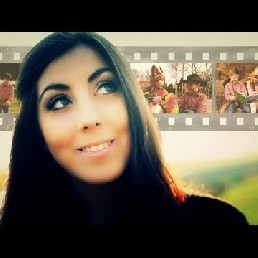 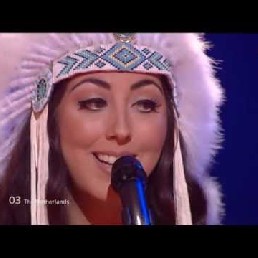 Participant of Eurovison 2012 Joan Franka can now be booked via Showbird. With her cheerful songs she will give the guests a smile on the face!

Joan Franka was born in Rotterdam on April 2, 1990. Since childhood Joan has been fascinated by theatre, poetry and music. Together with her two year older sister Joan wrote musicals and played them at every birthday and party. The duo called themselves J & N with the Spice Girls as their greatest source of inspiration. Joan is always very driven when it comes to her music. That's why she knew when she was 6 years old that she wanted a career in music. "I didn't even know if I could sing, I just thought: I want it and I'm going to do it" .

In her surroundings there was sometimes a lack of understanding for her choice to go for the music. It took a bit longer before she really started working on her dream. Joan Franka tried several courses, but eventually chose for the music. "I was 17 when I first performed a song I wrote with a guitarist. I just wanted to do everything my way".

In 2010 Joan was scouted to participate in The Voice Of Holland. "At first I thought, that's not like me... But my mother and sister encouraged it very much. I am therefore very happy that I took part and that VanVelzen chose me. I learned a lot, especially by performing for so many people; I had never done that before.

Hire or book Joan Franka is best done here via Showbird.
This act is suitable for event types:
Wedding Birthday Celebration / Jubileum Student party Sports event Funeral Business party Reception Fair / Congres Opening Horeca line-up Festival Shopping / Market Holiday / Local feast
You have 1-on-1 contact with the artist
or his/her personal manager.
Do you have a question about this act?
Pose it in your request for the artist.