Event show , Introduction
The artist is residing in Geldrop 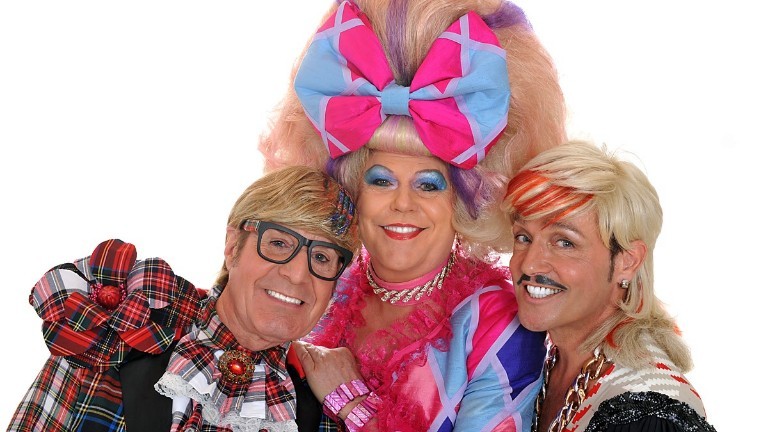 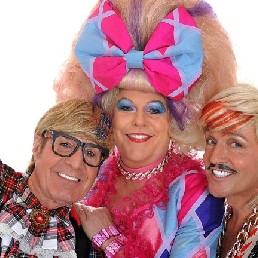 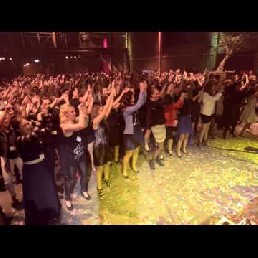 Stage: Preferably the Ruiteries use a m

Under the motto 'Over-the-TOP not Over-the-Edge' the Ruitery’s bring a dazzling show full of powerful vocal and musical delights and visually appealing scenes. Book the Ruiteries now via Showbird!

At the start a true Ruitarian runner experience with as an entrant a photo opportunity with Ruitarian Wiebertje, Scott and Pierre in the specially made geRuite-photo frame! After this hilarious entrance into the lavishly styled space, Scott McCain metamorphoses many present into a GUIDED Boy of - Babe. Meanwhile, Pierre de Poules brings an infectious repertoire and improvises cheerfully. He is also studying a joint "Flash-line-dance-Mob" which can be recorded for joe-joep if desired. In between these caressing and laughing moments, make-up artist Wiebertje Blok also takes on the role of a.o.: Ciske de RUIT and RUIT Jacott. DJ Prince de Galles takes care of the indispensable dance and rooftop moments! In short: The Ruitery's guarantee a party that will make every sense vibrate to the very top and will remain in everyone's memory, both figuratively and figuratively. The Ruitery's can be booked as a full evening party, but also as an opening act or in-between act.

Wiebertje Block
A Grand-Dame whose heart is as big as her haircut. This makes her pre-eminently the one with whom one tends to let oneself go completely. Because of her experience as team leader of an Avon consultancy group in the 70's, she is also able to camouflage any physical defect with her own "Wiebertje Blok-Beauty line".

Scott McCain
Über stylist and perfectionist Scott is not only a picture to behold, but also responsible for this over-styled concept. Square said no diamond is too much for him, he can't get enough of it! This results in his personal metamorphosis into a Ruitery-babe of boy,

Pierre de Poules
Not only with a masterly vo-cal talent, but also with the inability to take a leaf out of your mouth. In doing so, he strives to remain "fiercely attractive" to his Fans. This Casabova amazes, touches and works on everyone's smile through his sublime improvisations

Possibilities
The Ruiteries have their own show which they prefer to bring from their own stage with their own technique but can adapt to almost any scenario (both theatrical and technical) if desired. This requires some consultation.

Hire or book The Ruitery’s is best done here via Showbird.
This act is suitable for event types:
Celebration / Jubileum Business party Fair / Congres Opening Festival Shopping / Market Holiday / Local feast
You have 1-on-1 contact with the artist
or his/her personal manager.
Do you have a question about this act?
Pose it in your request for the artist.