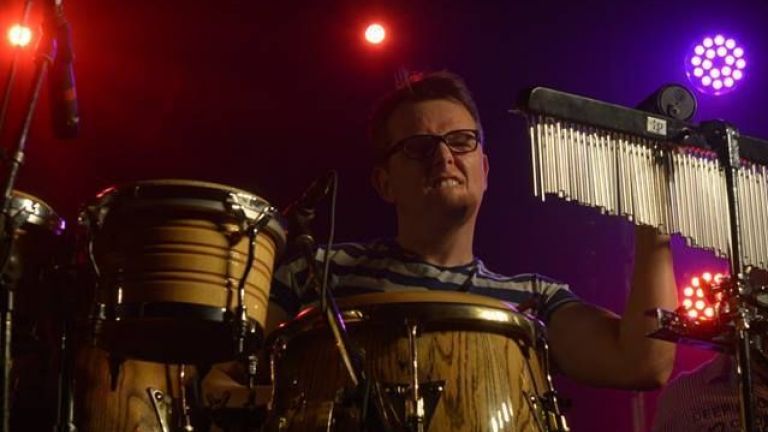 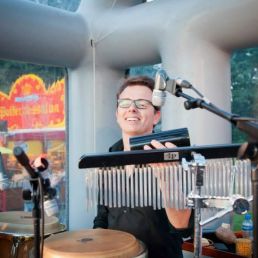 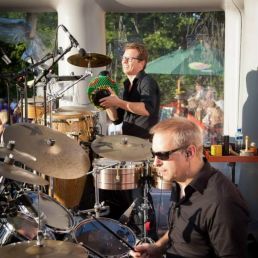 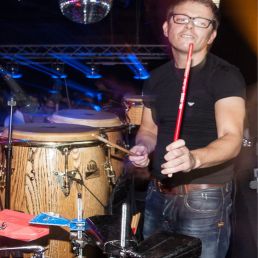 Experienced, versatile and energetic percussionist for accompaniment/addition to DJ's, acts and bands at festivals, clubs and theatre

I have been active as a percussionist since 1993. As a little boy I used to smash OMO's cardboard detergent buckets with ladles. And that never happened again. ;-)

After a blue Monday I joined the local drum band for the real thing. As a producer/percussionist I was one of the founders of 2B Continued, a successful dance act in the nineties and a member of the record label of housepione Eddy de Clercq. My dream to ever perform in a sold out Paradiso came true in this period: 2B Continued came third in the finals of the Grote Prijs van Nederland (1997)

From 2001 to 2007 I was part of the accompaniment band of soul singer Tony Jones and played the percussion on his debut album Fly. I also played for Earforce Music (producer Reinder van Zalk) on the album Soundbite by jazz musician Hermine Deurloo, the single Rijmwoorden by rap group LPC and in various TV commercials (a.o. Bavaria, Audi and BOB)

Last 10 years I was active in the 8-man soul and funk formations Funka and The Therap!st and as a guest musician at theatre performances of Blue Monday Rockband. I also accompanied DJ's like Erick E, Eddy De Clercq, DJ Tommy, DJ Jean, Robert Feelgood, Mark van Dale and Erik de Zwart on percussion during live performances on festivals and television.

At least 2x2 meters for large set up.

The artist is residing in HoutenTravel expenses are based on your event location.

Hire or book Jeronimo is best done here via Showbird.