Singing group , Soul/R&B
The artist is residing in Geldrop 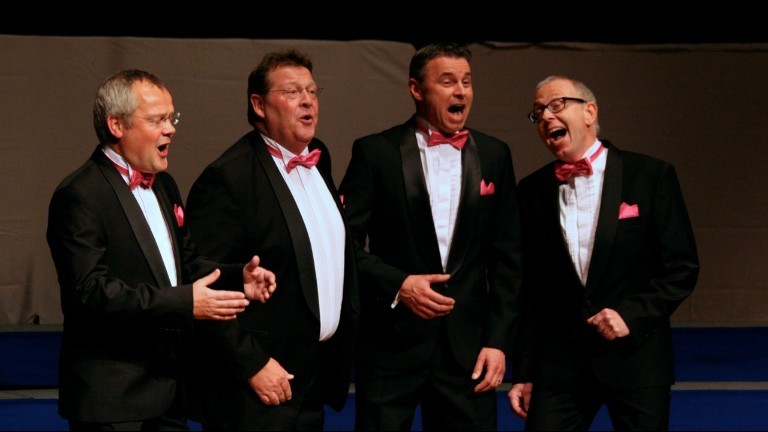 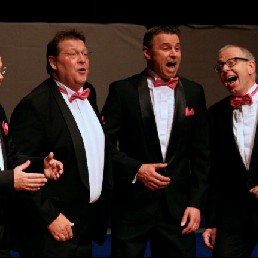 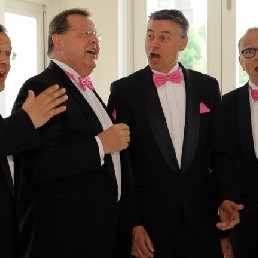 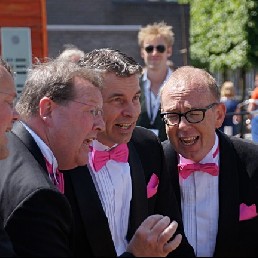 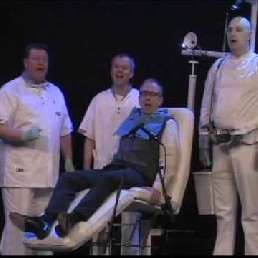 Still Crazy came into being in 2003 as a comedy quartet. Good singing always came first, but we were also always looking for the comedy note. After great years with our first bass, Roger, and our two bass, Luc, the quartet now has its final form with Michiel as the new bass.

We always balance between good singing and entertainment. Intimate, up close and personnal or grand, compelling and in front of a full auditorium; a tear, goose bumps and a big smile are never far away. StillCrazY: four guys who want to entertain you: Michiel Bekker (tenor), Martien van der Velde (lead), Michiel Berkelmans (bass) and Eugène van den Bemt (baritone). Our enthusiasm is our hallmark. We seldom say "no" and when we are together... we sing!

Our repertoire consists partly of barbershop songs. This originally North-American a-capella singing style was blown over to the Netherlands in the 80's and since then has had many fans. Worldwide there are tens of thousands of practitioners. But we don't shy away from pop songs, vocal jazz and close harmony either. Audiences will regularly be pleasantly surprised when they hear well-known songs in a swinging a cappella jacket. A pleasant alternation between uptunes and ballads, surprisingly new and then again recognizable, ensures that we stay captivated.

Hire or book Still Crazy is best done here via Showbird.
This act is suitable for event types:
Wedding Birthday Celebration / Jubileum Student party Sports event Funeral Business party Reception Fair / Congres Opening Horeca line-up Festival Shopping / Market Holiday / Local feast
You have 1-on-1 contact with the artist
or his/her personal manager.
Do you have a question about this act?
Pose it in your request for the artist.