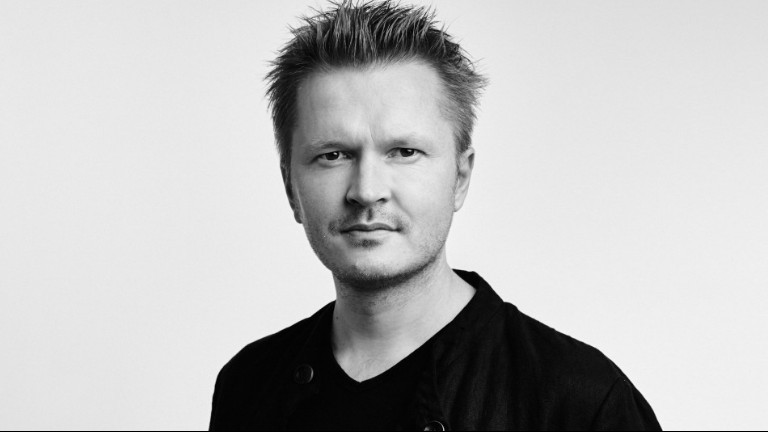 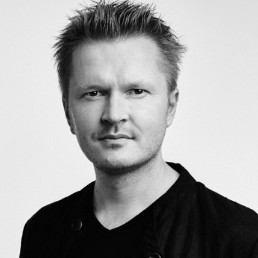 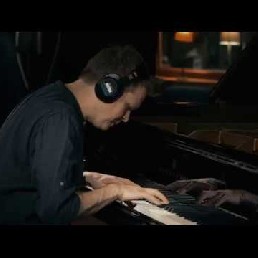 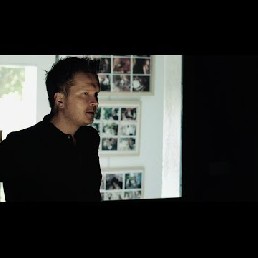 Estonian pianist Kristjan Randalu makes his ECM debut with a striking album of his own rigorous-yet-lyrical music, sensitively played by a group formed especially for this recording, with US guitarist Ben Monder and Finnish drummer Markku Ounaskari.

The trio line-up was suggested by producer Manfred Eicher after hearing Randalu’s 2012 duo recording with Monder featured compositions on Absence are robust, and in the past Randalu has played them also as solo piano pieces. In this session recorded in Pernes-les-Fontaines in the south of France, their structures are prised open. Guitar and drums subtly illuminate the pieces from inside, casting light on their originality. Among other attributes, Monder and Ounaskari are outstanding colourists and textural players, and they bring out much of the fine detail implied in Randalu’s writing with inspired improvising.

Like much good music, Randalu’s resists capsule summary. Markku Ounaskari has observed that “Kristjan’s music is really a world of its own.” As an improviser of prodigious technique, once described by Herbie Hancock as “a dazzling piano player”, Randalu’s affinities are with the jazz musicians, but the forms and dynamics of his pieces also reflect a discerning structural sense, and he has cited composers Erkki-Sven Tüür and Tõnu Kõrvits among his mentors. Kristjan Randalu’s capacity to move between genres and disciplines is rare: his itinerary in recent months, for instance, has found him premiering new music of his own with the Tallinn Chamber Orchestra, performing Arvo Pärt’s Credo with Kristjan Järvi and the Konzerthausorchester Berlin, and also playing duets with Dave Liebman. There are not many contemporary players with this kind of range.

Born into a musical family in Estonia in 1978, Randalu grew up in Germany. Both his parents are professional classical pianists, and all of his early music training was purely classical. Hearing Chick Corea’s Inside Out at the age of 13 changed some of his priorities: “It seemed to me so perfect that I thought at first that it must be all notated. And it had all this rhythmic energy, and sound-wise, harmonically and colour-wise was very interesting to me. At that point I had almost no historical jazz references at all - no early Miles, even, no Coltrane – I would learn about all of that later. But I felt motivated to create my own music with piano and synthesizer and sequencer and soon had my first band. By this point I had already been performing classical music for years and was playing at a serious level, but there was a gap between practicing my Liszt and Chopin and beginning to deal actively with jazz…” The gap was bridged in the following years by studies with a number of notable pianists, including John Taylor and Django Bates. A scholarship to the Manhattan School of Music allowed plenty of opportunities to hear New York’s improvisers at first hand, Ben Monder amongst them.

“Later it happened on a couple of occasions that our groups – Ben’s group and my group -- played one after the other at festivals in Germany and we talked several times about doing something together. But it didn’t happen until a festival organizer in Estonia proposed a duo concert….”

Markku Ounaskari and Kristjan Randalu first played opposite each other in a concert series organized by German radio station NDR. Ounaskari was then playing with the second edition of his Kuára group with Trygve Seim on saxes. When Seim formed his Helsinki Songs project a couple of years later, he invited both Ounaskari and Randalu to be part of it (an ECM album with Seim, Randalu, Ounaskari and Mats Eilertsen is in preparation).

Ounaskari has played with all the major Finnish jazz players and with many international jazz musicians including Lee Konitz, Kenny Wheeler, Tomasz Stanko and Marc Ducret. In addition to his Kuára recording with Samuli Mikkonen and Per Jørgensen, exploring Russian psalms and Fenno-Ugrian folk songs in an improvisational context, Markku Ounaskari appears on several ECM recordings with folk singer and kantele player Sinikka Langeland, including Starflowers, The Land That Is Not, The Half-Finished Heaven and The Magical Forest.

Hire or book Kristjan Randalu is best done here via Showbird.
This act is suitable for event types:
Wedding Celebration / Jubileum Funeral Business party Reception Horeca line-up Shopping / Market
You have 1-on-1 contact with the artist
or his/her personal manager.
Do you have a question about this act?
Pose it in your request for the artist.