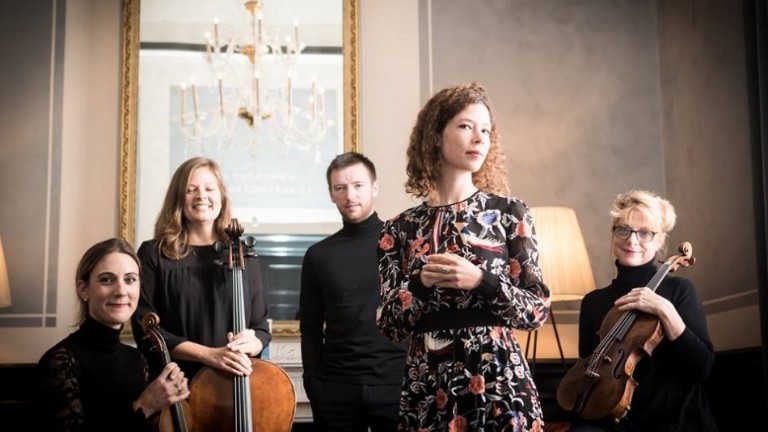 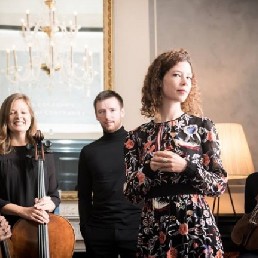 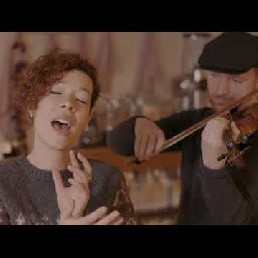 Leading arrangers such as Paul Prenen and Wijnand van Klaveren arranged some of the most beautiful French chansons around Charlotte’s own particular sound, anchoring it in a string quartet from the Netherlands Philharmonic Orchestra. Don't hesitate and book this amazing band on ShowBird!

Singer Charlotte Haesen was born in Amsterdam in 1987. She has origins from France, The Netherlands and Burundi and grows up at the border between French speaking Belgium and The Nederlands. Later she studied jazz vocals at the Conservatory of Amsterdam. Known for being active in various musical genres, she has won the EuJazz Award, the public prize of the Dutch Alliance Française competition and received several awards for her videoclips. Being a uniquely versatile artist, Haesen has performed with different formations at festivals and clubs in over 15 countries worldwide.

On a sunny Saturday afternoon Charlotte sang French chansons at Amsterdam’s Noordermarkt, where she was discovered by viola player Odile Torenbeek. The next step was the founding of the highly acclaimed ensemble 'Café des Chansons'.

Hire or book Café des Chansons feat. Charlotte Haesen is best done here via Showbird.
This act is suitable for event types:
Wedding Birthday Celebration / Jubileum Student party Sports event Funeral Business party Reception Fair / Congres Opening Horeca line-up Festival Shopping / Market Holiday / Local feast
You have 1-on-1 contact with the artist
or his/her personal manager.
Do you have a question about this act?
Pose it in your request for the artist.