Guitarist
The artist is residing in Amersfoort 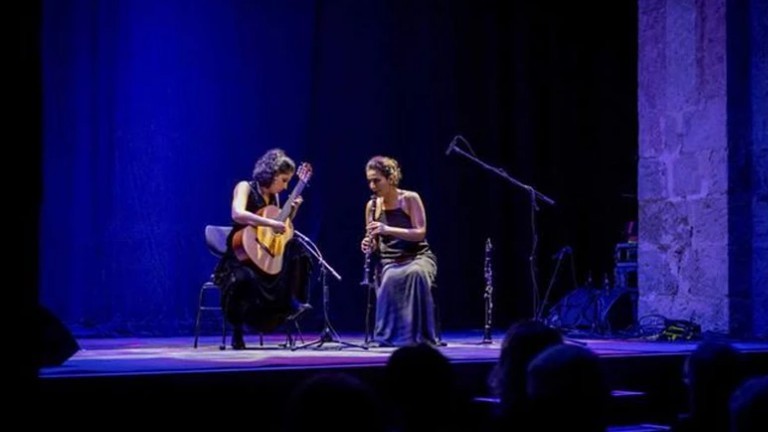 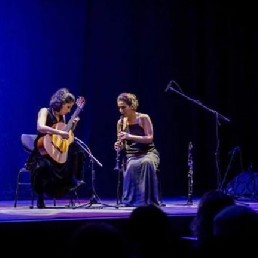 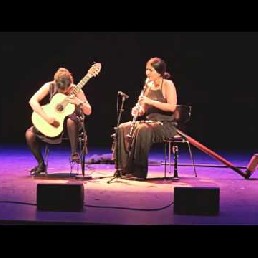 It (NAQSH DUO) is a perfect testament to the universality of music. Hrayr Attarian (Chicago JazzMagazine). This duo provides the most amazing shows and they let you feel the power of an instrument. Don't hesitated and book this amazing duo on ShowBird!

(Naqsh: Farsi word: ornamentation, form, figure or any other shape which is related to visual arts.) Internationally active duo, Golfam Khayam guitar and Mona Matbou Riahi clarinet, is offering a palette of colors in an unforeseen musical territory by discovering the overlaps of Persian and contemporary music. Through this musical synthesis, members of this duo are seeking a path to explore their instruments
differently: pushing boundaries for new colors, illusion of timbre, eccentric ornamentations, and uncharacteristic sound effects for the instruments. Musicians, both born in Teheran, have pursued further musical adventures outside Iran while remaining fascinated and strongly influenced by their homeland’s rich and diverse traditions. In this process they have arrived at synthesis of their own, finding points of contact between aspects of Persian tradition and contemporary music. Narrante is the duo’s debut album produced and published by ECM records which has so far very well received worldwide, from Aljazeera to financial times, NPR. NPR selected the album in the category of “Songs we love”.

Golfam KHAYAM has evolved into an international career as a performer-composer-improviser. Her active role as a composer, also has led her music be performed worldwide. This career reflects herunique musical language through the integration of her native musical elements within a contemporaryexperimental musical framework. Winner of numerous competitions, scholarships, and prizes, she has been named as the selected composer at the International Music Council, Rostrum of composers in the "Windows on the World" category. She holds “Master of Music” from the College-Conservatory of Music, University of Cincinnati (USA), degree of Interprétation Specialisée Solist as well as the degree of Master of Performer-Composer from Geneva Music University. She's currently on the committee board of International Performer-composer association in Geneva.

Mona Matbou Riahi was born in Tehran, Iran. She started her musical education with the clarinet froman early age at the Tehran Conservatory of Music. In 2008, Mona moved to Vienna and studied at theVienna University of Music and Performing Arts, and made the city her home-base for art and music asa performer-composer-improviser. Her profound interest for contemporary music and free improvisation integrated with Persian music brought her on stage in different artistic projects including dance, theaterand multi-media art. She has had the pleasure to perform with other outstanding soloists, ensembles, composers, performers, producers and friend.

Hire or book NAQSH DUO is best done here via Showbird.
This act is suitable for event types:
Wedding Birthday Celebration / Jubileum Funeral Business party Reception Horeca line-up Shopping / Market Holiday / Local feast
You have 1-on-1 contact with the artist
or his/her personal manager.
Do you have a question about this act?
Pose it in your request for the artist.