Event show , Intermezzo
The artist is residing in Amsterdam 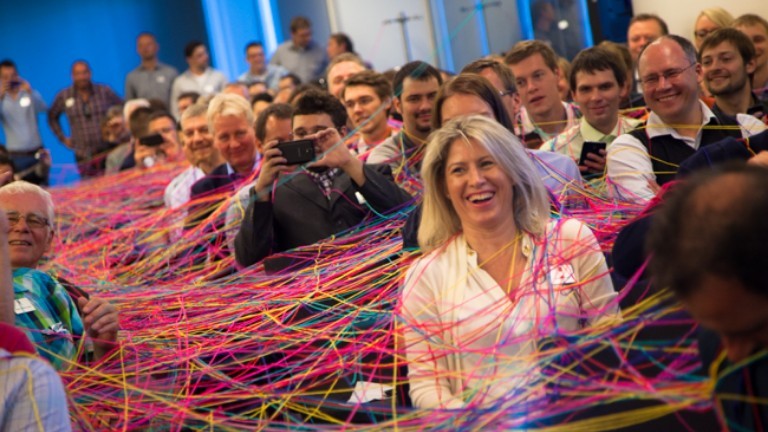 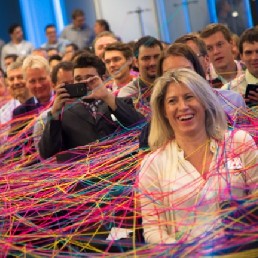 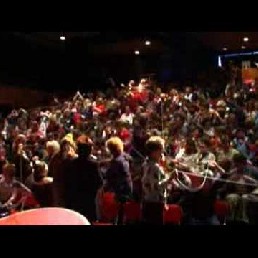 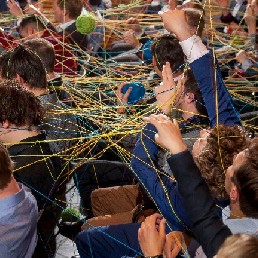 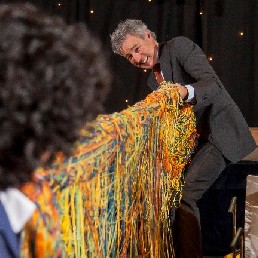 The wolact is a surprising opening or closing of a programme around the theme of networking. With this show, which we developed, we have already got many groups literally and figuratively in motion. After a short fake speech, the participants jointly create a colourful network under the guidance of a 'business guru'.

Start or end the day with energy by means of the wolact, a tried and tested and surprising act around the theme of networking. The wolact is a unique concept in which we create a visual and tangible "network" in 30 minutes, with the audience as an active participant.

Our wool artist is deliberately announced as a serious speaker. The audience expects this 'Business Guru' to give a presentation on a common theme such as collaboration, networking, getting to know each other and connecting. In his story the speaker makes recognizable, often funny allusions about your theme, the organization and the meeting. Gradually it turns out to be a playful act and when the speaker pulls out a ball of wool, it becomes clear that he has different intentions with the audience. The speaker invites the audience to build up a special network. Accompanied by exhilarating music, balls of wool appear everywhere and the participants create a colourful network together in no time. Within 10 minutes, all the participants are literally connected and the auditorium buzzes with energy.

Hire or book Wool Act is best done here via Showbird.
This act is suitable for event types:
Celebration / Jubileum Business party Fair / Congres Opening Festival Shopping / Market Holiday / Local feast
You have 1-on-1 contact with the artist
or his/her personal manager.
Do you have a question about this act?
Pose it in your request for the artist.